Royal Mint Megaways brings wealth to the slot not as the objective but the theme, with an enormous villa as its backdrop and the idea of royalty as the setting. Players can enjoy the Megaways feature as well as wilds, free spins and cascading reels to keep them entertained.

This game was developed by Big Time Gaming who over the years have shown an affinity to the Megaways feature, as a number of their slots include it in their games. This slot came out as recently as 2021 which might explain why the developers gave the feature a little twist. Instead of the usual version, where each of the 6 reels in the game all has a varying size between 2 and 7 rows, Royal Mint also adds a 4-row reel on both the top and bottom of the playing field.

This means that players can get between 64 and 117,649 paylines on the screen at any given time, with the number changing per spin. As a result, the max. payout can also be pretty big with a jackpot of possibly 5,882,450x your bet. In many respects, the game resembles Monopoly Megaways which was also developed by the same studio.

Unfortunately, the game doesn’t offer a lot in terms of personality or theme. The game’s name implies it has to do with royalty but apart from the palace in the background there isn’t really anything that conveys this too. The symbols are either different coloured gems or card letters in various colours, not exactly a pinnacle of creativity either.

The symbols that appear in Royal Mint Megaways might not be very original but they do look distinctly different from each other and help in showing a payline whenever there is one. This is especially useful because of the Megaways feature which can create a huge number of different paylines.

Because of the potentially massive number of paylines in a single spin the game offers extremely low payouts to even six-of-a-kind wins, as the slot assumes that players will regularly get multiple wins in a single spin. The game also includes a limited cascading reels feature that can trigger a number of wins in a row.

Royal Mint Megaways does not use a regular playing field and because of its randomness, it is hard to say which features are the most important in the game. The features that can appear include:

The game features a standard playing field of 6 reels, each with a varying length. Above and below the playing field, covering reels 2, 3, 4 and 5, there are two additional rows. These rows can have the same symbols like the ones in the regular playing field and can contribute to wins as normal. When there is a win, the symbols involved will drop away and make room for new ones. This continues as long as new wins are created.

Having the letters MINT appear on the screen on any of the reels, the free spins mode is triggered. Much of the game plays exactly the same way during this mode, but there are special features that make the opportunity for big wins more likely. The main one being that whenever the cascading reels feature is triggered, the multiplier is increased by 1x.

If the player manages to trigger the free spins mode 40 times during their time playing, they will trigger the special Free Spins mode. This one also functions much the same as the regular base game but will start with a 2x multiplier which is increased by 2x whenever the cascading reels feature is triggered.

Royal Mint Megaways was for me a pretty interesting slot when it came to the features, but I did not care for the design or the theme. The title barely gives away the original idea behind the game and the way it is visualised doesn’t help at all. The generic palace background doesn’t help it stand out and the symbols are all terribly uninspired.

The slot has Medium Volatility which means that players can expect a pretty steady supply of wins but these will usually not be high enough to really help their funds. Players are dependent on the free spins mode to get substantial wins that actually make a noticeable difference. That said, during my time playing I was constantly in the positives.

To deal with the volatility the player can pick a bet between £0.20 and £20 per spin. Players can see the total number of megaways at the top of the screen with every spin. I thought the game played well but it did nothing to try and stick in my mind.

Browse casinos with Royal Mint Megaways™ and other slots from Big Time Gaming. Create an account and try the game for free before making a deposit.

You can play Royal Mint Megaways™ in English, Swedish 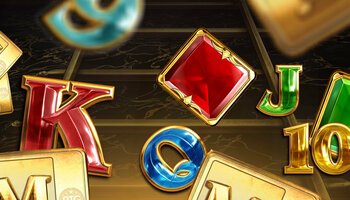