Just looking at the reel-set makes me anticipate the joys of getting snug in a woollen jumper, kicking about fallen foliage in the park, and when it's time to go, get back inside and play Yggdrasil's Seasons some more. Seasons isn't all rustic and simple, as payouts can reach up to 30,670 coins or 1,533x your bet.

What can I say, the game won me over many times - the conkers, the tiny wild strawberries, the blackthorns - pretty much everything about the design succeeds in capturing that musky autumn feeling. Although the game starts you off in the fall, the gameplay progresses through the four seasons. The main feature in it are the four different wilds that come with each season, however, there is a free spins bonus also in which the wilds interact with the symbols more frequently than in the base game.

I love what Yggdrasil has done with this game. All of the neat subtleties come together for a marvellous design overall. The low-paying symbols consist of the cards' suits that are textured as leaves and are made to levitate on the reels ever so gently.

The whole concept of periodic change scenery is marvellous, even though the standard symbols remain the same. An exception is made for the wilds that are represented by a hare, owl, deer and fox; the wilds are drawn and rendered in a story-book quality and each animal shows its recognizable traits.

There is yet another element to the design that is captivating - the music. Yggdrasil has taken extra care to provide one of the best soundtracks I have ever heard in a slot game. Each season has its own theme and each theme is played by a real orchestra. If you decide to play Seasons, take my advice - play with the sound on, it makes a unique online slot even more wondrous. You can even turn off the game sounds and play only with music on.

The four wild symbols are the central element to the gameplay of Seasons slot. As I said, the season changes, along with its respective wild symbol after 10 spins.

You can have casual fun on the Seasons slot or play some bigger wagers for a chance to get bigger returns. The range of bets enables you to do both, as the low-stakes bets start at only 0.20 per spin.

In terms of payouts, you have to get more than three symbols for the returns to count for something. Winning outcomes made with three symbols pay a quarter or half of your stake, however, this is balanced out by the wilds that can help either by making wins on multiple paylines or by adding a multiplier.

If you want to see bigger sums going into your balance, you'll need to make some time for the random number generator to send some more high symbols your way. Getting five of a kind with either of the majors makes you forget about low wins from before.

If patience is key, then strawberries are delicious, as they can ring up 50x your bet for five of a kind, while five blackthorns result in wins of 37.5x your bet. Conclusion

In my opinion, Seasons is an example of a finely-balanced game. The RTP is 96.10%, volatility is dead center and each of the wilds in its own capacity can make the best of your wager, even with the smallest symbols.

I didn't do too poorly in this game, but also I never expected extremely big wins to occur. These can crop up, but in my honest opinion only during the free spins bonus taking place in the autumn season.

Overall, Seasons is a lovely slot, perfectly balanced and definitely enjoyable for all.

Browse casinos with Seasons and other slots from Yggdrasil. Create an account and try the game for free before making a deposit.

You can play Seasons in English, Finnish, Swedish, German and 18 other languages. 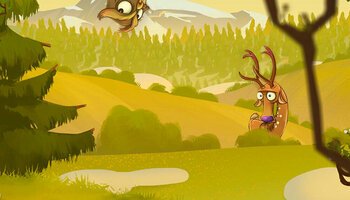