Second Strike lets players play on a classic slot that resembles a fruit machine but with some nice original twists! The main one being a second shot at a big win!

This game was developed by Quickspin and released in 2015 as a 5-reel, 3-row slot with 10 paylines. So far, nothing special but luckily for the slot and us there’s more to it than that! The game takes a lot of its inspiration from classic fruit machines, from its general appearance to the different symbols.

Everything looks fine. The graphics are sharp and the symbols are colourful. When there’s a payline the symbols involve blink but are not animated. The Second Strike feature has more movement to it but I’ll get to that later. Other than that, the game is pretty static but I didn’t find that bothersome.

Of course, there are other slots that take the fruit machine core concept and update it with some new features. One that jumps to my mind is Inferno Star by Play ‘n GO, and another is Playson’s Mega Burning Wins. These slots stay close to the original concept but introduce something original to try and shake up the experience a little without straying too far.

Second Strike added a nice relaxing soundtrack to the game, playing on a loop in the background as the reels spin. There would be the occasional exclamation mark when the Second Strike feature triggered but even then it stayed relatively calm. Only big wins would get the trumpets to come out!

Since this slot is based on fruit machines, the symbols are not very original. They do all look sharp and distinct from each other, making it easy to tell them apart. There are no animations to speak of when they’re part of a win but the background flashes to indicate that instead.

The coin wins aren’t very high when part of a winning payline but that’s because of the special Second Strike feature, which I’ll discuss next. Do be aware that this game has a listed High Volatility and in my experience, that’s correct. The game does not grant wins that often and when it does, it usually doesn’t trigger Second Strike which is where the big wins are. Expect to have to spin quite a while between wins.

There are only two notable features to discuss in Second Strike. The game also comes with some quality of life upgrades of course, including Autoplay and Quickspin. The interesting features are:

Since the Second Strike feature is so important to the game that they named it after it, I’ll devote some extra time to explain how it works. It’s not very complicated luckily, and most players will immediately pick up how it works.

Next, the game pauses and a lit block spins around the bar, randomly stopping. When it stops on an unlit spot nothing happens and the game continues its spins. However, if it stops on one of the lit symbols the Second Strike feature is enabled.

I found this feature to be enjoyable and most of all profitable. The game is not very forthcoming with the Second Strike activation but when it does, it will pay off. Although it happened very rarely, I even managed to fill the entire screen with the same symbol this way, paying back my original bet many times over.

Second Strike is a rather standard looking fruit machine copy that has introduced a feature that I found highly enjoyable. It’s simple, doesn’t trigger very often but impacts the gameplay a lot. Where I find other fruit machines rather boring, Second Strike managed to add something to the game that elevated it considerably.

If I had any major gripes about this game, it’s the fact that the Second Strike feature, even when it doesn’t trigger, takes the speed out of the game considerably. Every time there is a win, it will show the selection process which usually doesn’t result in anything. It’s just a minor gripe, however, because whenever it did end up on a lit-up symbol I knew the results would be impressive.

This slot is mostly for players that enjoy simple games with one major feature. I would also recommend it for people that enjoy high volatility slots as this might have been the most extreme example of it I have played in quite some time. While wins are few and far between, and the Sudden Strike feature is enabled even more rarely, the rewards could be very impressive.

Browse casinos with Second Strike and other slots from Quickspin. Create an account and try the game for free before making a deposit.

You can play Second Strike in English, Finnish, Swedish, Russian and 4 other languages. 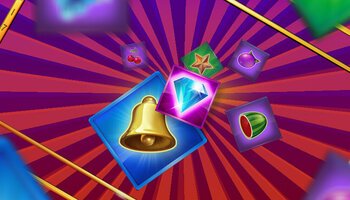