Secrets of Atlantis explores the vast depths of the ocean and the hidden city beneath it. The city of Atlantis is rumoured to hold vast treasures and dark secrets so I’m going to take a look.

The slot is developed by NetEnt and released in 2016 which makes it pretty new. A lot of the game is still great, including the graphics, the opening animation and the sound design. Everything about the game works to place the player deep under the ocean, exploring the secrets of the hidden city.

The game looks great, as many NetEnt slots do. It starts with a short animation, showing us diving into the ocean and discovering the sunken city of Atlantis before the 5-reel, 4-row playing field with 40 paylines appears. This immediately got me in the right frame of mind.

The different symbols do their part keeping the fantasy alive. Secrets of Atlantis has completely original symbols, no card-related symbols here! I always appreciate it when slots do this since it keeps the context alive much better in my opinion.

Unfortunately, the symbols are not animated and only become a little bigger when forming part of a winning payline. Compared to other slots, it does make the game appear static since there is not much movement in the game outside the spinning of the reels. Even the background isn’t animated at all, which I’ve seen in much older games by NetEnt.

The soundtrack is what you’d expect from a game set in the depths of the ocean. It’s a mysterious and calm song with a lot of bells and soft violins. It adds to the mystique of the setting without being distracting, but it also didn’t feel memorable to me.

The symbols in Secrets of Atlantis are, as mentioned, all unique. They keep to the setting of the slot, with different crystals in the obscure shape of animals and actual sea animals.

Only a small collection compared to other slots, making the chance of hitting a winning payline bigger. Coupled with the fact this slot has paylines from both sides, it was surprising to me it only had Medium Volatility. Still, it fit my experience.

Secrets of Atlantis keeps things rather simple when it comes to the included features. The game has a small collection that only modifies the base game a little. There is no Free Spins mode or bonus game that changes the playing field or adds new elements.

The Stacked Wilds are always nice to see, especially in Secrets of Atlantis where they are automatically nudged to fill the entire reel. Unfortunately, the mermaid didn’t show up that often but when she did, it would essentially add 4 Wilds to the screen and help in getting a winning payline.

The Colossal Symbols also showed up semi-regularly, although they weren’t as useful as you’d think. Getting re-spins was nice however, again making it likely to get a win. With the ability to pick a bet between £0.20 and £200 per spin that can have varying results. The slot has a max. win of 800x your bet, which is not as low as some slots but certainly not the highest.

Secrets of Atlantis is a pretty slot with nice-looking symbols and well-made animations. The soundtrack does exactly what I would expect from a musical addition to a slot about Atlantis.

The game is light on features but that’s not a bad thing. They alter the base experience a little to keep things fresh but at the same time make this an excellent slot for people that enjoy the classic slot experience.

I think the game could have benefited from making the mermaid a little more of a character, perhaps have the slot revolve around her. Now Secrets of Atlantis lacks a bit of an angle other than a beautiful wide shot of Atlantis as a background. There isn’t much else to connect to.

If you like Atlantis, there are obviously other slots you can try. Atlantis by Evoplay is a favourite amongst many players since it adds some more character to the game, as well as the exciting mix of features. Otherwise, Queen of Atlantis by Pragmatic Play is also very popular with a mermaid that is a bigger part of the game!

Secrets of Atlantis is a game that will hold you over for a while if you’re looking for something quick and easy to play. As with most NetEnt games it delivers on a lot, but not every slot they make can be a winner. That’s why I think Secrets of Atlantis strands in mediocrity a little!

Play Secrets of Atlantis for free

Browse casinos with Secrets of Atlantis and other slots from NetEnt. Create an account and try the game for free before making a deposit.

You can play Secrets of Atlantis in English, Finnish, Swedish, German and 20 other languages. 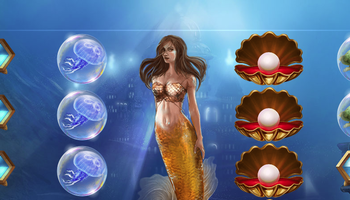