Sevens High is a splendid specimen of the smooth, casino-like appearance of modern-classical fruit slots.

The symbols may be more than familiar but the gameplay has been given the Quickspin treatment. I played Sevens High a couple of times and got to entertain with its set of features which are part of the base game and the free spins bonus.

The core feature is the Wild Meter which tracks the transformation of the sevens symbols into Wilds. Part of the feature is a consecutive wins function that kicks off when you get two winning outcomes in a row.

I took note of a couple of details that often come across during the gameplay. First, the sevens can form stacks and second, Wilds tend to conveniently land in places to secure a win of four or five matching symbols.

All this can make Sevens High likeable and definitely entertaining. The 3x5 layout and 25 paylines can avail winning outcomes of more than 500x your bet.

This is a fruit-themed slot that makes use of the classical symbols from the first mechanical slot machines. The three different sevens get all the spotlight because these are the symbols that transform into Wilds.

I can't say that the graphic design is any spectacular. The fruit symbols have been given some attention to detail so they don't appear generic, while the special symbols - Bonus and Wilds, do make the game flare-up in its intended character when they're part of a winning outcome.

I guess what I am saying is that I've had a certain level of fun based on the visual experience. The game has an ecstatic tune - but I think that lap of the IDM era is over so you are better off jamming to something else.

This gig is part of the base game and that makes Sevens High more appealing.

Basically, you need to land two consecutive wins to turn one sevens symbol into Wild. Another two wins in a row cause another such symbol to convert into a substitute symbol.

Note that each winning outcome triggers a consecutive respin, so this can go on for some time.

My favourite detail about the respins feature is that the Wild sevens can be joined by the standard Wild symbol. Both kinds are paying symbols and I'll cover their potential in a bit.

The re-triggerable bonus feature starts with three Bonus symbols. You get ten spins and the benefit of the Respin feature, but instead of only one, you automatically get two respins.

If Sevens Wild decides to nudge its probability machine into a frenzy, you can more than double the total number of free spins even without getting three additional Bonus symbols.

In terms of winnings, oh it can turn into a galore because the Wild sevens remain Wild until the end of the bonus.

This is definitely one of the major plusses regarding the game and something that slot players make note of when choosing a game.

I think it's understandable why Quickspin has upped the minimum bet for this game to 25p per spin. That's a quarter of a pound or your currency's equivalent amount, which doesn't make Sevens High inexpensive to try. The extra features come with a price - that's all I can say about it.

In terms of payouts, the category of the low-paying symbols was a letdown for me. There are four symbols there and they have the same payout structure. Sadly, you can win your wager back only if you land five of a kind.

The same is almost true for the remaining symbols - the sevens, the star and the bell. Yup, Sevens High is tricky in that sense, but it's a trade-off because payouts for the Wild sevens are definitely something worth holding out for.

This is the payout structure where the values are times your total bet amount:

The graphic design is attractive and the special features make for dynamic gameplay. This is a good start. As for the winning potential, Sevens High is all about the consecutive wins.

Two in a row initiates a potential sequence with high-paying Wilds, but you need to get two Wild sevens active in order to bump up those low payout values.

Overall, the game is fun to play and its medium volatility can make the win potential swing both ways.

Browse casinos with Sevens High and other slots from Quickspin. Create an account and try the game for free before making a deposit.

You can play Sevens High in English, Finnish, Swedish, Russian and 4 other languages. 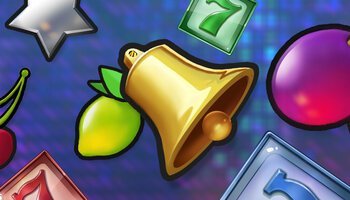