Shimmering Woods is a slot that brings the player into a rustic, mythical forest where gems and stones grow out of the ground and litter the landscape. Players who want to enjoy this setting will also be awarded free spins, cascading reels and multipliers.

The slot was originally developed and released in 2021 by Play ‘n GO, a studio that has shown itself to be quite flexible when it comes to the topics and settings they explore in their games. This one clearly goes for a softer approach, shown by its appearance as well as the way the different features are handled. That doesn’t mean the game doesn’t offer excitement, however, as I found the slot to be a lot of fun to play.

The symbols in the game are mostly centred around its setting, with the high-paying symbols resembling different types of gems and diamonds that seemingly sprout out of the forest floor. The low-paying symbols are unfortunately not as original as these look like simple card letters. I don’t think they ruin the mood too much as they are still presented in earth tones but I do feel like it could have been integrated better. The game’s 5-reel, 3-row playing field does give all the symbols enough room, and its 243 paylines offer good odds at getting a win.

To enhance the setting and atmosphere, the game uses a very cosy sounding song to play in the background. It has a low speed and adds to the idea that the player is visiting a rustic forest. The other sound effects play off this vibe, staying rather soft and simple even when there’s a win.

Shimmering Woods makes use of a simple collection of symbols to convey its atmosphere. The setting does allow for this but as I mentioned it’s too bad the card letters play a big part in the game as well. The symbols aren’t animated in any meaningful way except when they’re part of a win and the cascading reels feature activates. This animation is still rather simple but that’s fine.

The game has High Volatility which might be a surprise considering its simple look, but I found that the gameplay proves this. Wins aren’t exactly hard to come by but they won’t be very high considering the low payouts for most symbols. Players can change this somewhat by choosing a bet between £0.20 and £100 per spin.

There is also a jackpot that players can try and claim. This maximum win is 25,000x your bet which is obviously a big sum, especially when compared to most other slots with the same volatility. Unfortunately, I do feel like it will require several elements of the game to align perfectly to have a shot at this so players should not play this game with the intention of hitting it.

When it comes to the symbols in the game, these are sorted by value:

Shimmering Woods doesn’t offer a huge number of features to augment its gameplay but I do commend its variety. The features aren’t unique to this slot but I did find some of them to be rather rare and helping the game stand apart from contemporary games.

The main draw for me when it came to the gameplay was the Double Symbols feature. Every spin you’ll see a random symbol is selected. Any occurrence of that symbol on the screen for that spin will be doubled, meaning that getting a win with that symbol will also count double.

Unlike other slots with this feature, the payline isn’t longer with this mechanic, up to a potential ten-of-a-kind. In Shimmering Woods, it will simply mean you can get at most two five-of-a-kind wins paid out at the same time. I found the feature to be fun but very volatile and it only rarely resulted in me profiting from it.

The other features in the game are a lot more standard, with the multiplier increasing by 1 for every win you get in a single spin. Meanwhile, the free spins mode also does little to change the basic gameplay meaning players will have to contend with the same volatility during this mode.

If you’re a player that enjoys a slower, more subdued experience once in a while then Shimmering Woods will fit that bill nicely. The game offers people a nice-looking slot with some interesting features without going overboard. Play ‘n GO is showing itself to be capable of switching things up with every concept.

The features will be most enjoyable for players that like those that don’t alter the basic gameplay too much. The Double Symbols feature is the largest departure from this status quo but even that isn’t a huge impact on how the game functions.

In short, if you are looking for something casual with pleasant graphics and a rustic soundtrack you’ll have a nice time playing the game. I don’t know how long the game will manage to set itself apart from newer slots but for now, it is interesting enough to keep me engaged.

Browse casinos with Shimmering Woods and other slots from Play'n GO. Create an account and try the game for free before making a deposit.

You can play Shimmering Woods in English, Finnish, Swedish, German and 30 other languages. 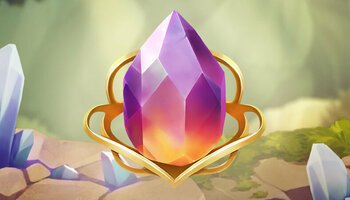