Sparks brings us back to the mythical realm of swirling shapes and incorporeal colours, with the opportunity to win big. I am curious to see how well this slot is keeping up amongst the competition.

Originally released in 2015, Sparks has become one of the many slots in my library that I consider simple but sturdy. The game was developed by NetEnt and that qualification is really the minimum we can expect from this developer. Their games are always a nice treat to play, even when they’re not reinventing the wheel.

I think Sparks falls firmly into this category. It’s built on a rather abstract concept that might have needed some more fleshing out to really become memorable. The slot is pretty light on features but the ones it does have work fine. Being built as a 5-reel, 3-row playing field with 20 paylines that pay both ways it sticks close to the way most people will play slots.

The graphics are difficult to describe. The symbols are mostly different shapes that look beautiful and colourful but aren’t animated. Only the Expanding Wilds have any kind of movement in them.

Even the background which shows us the depths of space doesn’t have any kind of animation. I thought that was a little disappointing, especially considering older NetEnt slots do have that. It makes things look a little dry and static.

The soundtrack doesn’t do anything surprising. The style fits the game well, with a very low-energy electronic music track. Only when you get a win does the music get interrupted with a louder, sharper song. I thought it was a little jarring, to be honest.

The symbols in Sparks are beautiful but also rather simple. I understand that this sticks close to the theme but there are the usual Ace, King and Queen symbols as well. They don’t really fit the setting and it feels like a shortcut to include them anyway. Especially because they only design they underwent was a swirly way of writing them down.

It’s listed Medium Volatility fits my experience rather well, considering the spaced out but respectable wins over time. The max. win of 400x your bet might seem a little pale compared to other slots, but that evens out a bit with the ability to choose between £0.20 and £400 per spin.

Sparks has an average number of features, low if you consider other NetEnt slots like Finn and the Swirly Spin or the Fairytale Legends series. Where those go a little overboard, Sparks stays well within the confines of what can be considered a standard slot.

This game has no bonus game or special Free Spins mode. Instead, it only adjusts the base game a little with the following features:

The paylines from both sides are obviously also nice to have in the slot since it essentially doubles the number of ways to win. Couple that with the wilds and that gives a pretty good opportunity to win a sizeable amount. That’s why it’s a shame the coin win for a payline is pretty low, even with five-of-a-kind.

Sparks is a nice looking shot due to the large assortment of bright colours and shapes. It, unfortunately, causes it to lack something of a personality. Of course, I couldn’t tell NetEnt how to add personality to a slot literally called Sparks either.

They did as well as they could with the material they had and it continues to look great. The sound is suitably relaxing and otherworldly. Unfortunately the win jingle kind of ruined the mood as well. It’s a tight rope to walk!

There are many slots similar to Sparks. One that came to my mind was NetEnt’s Magic Portals which combines magic with only one special feature too. Meanwhile, Nolimit City’s WiXX also includes colourful symbols into a classic slot design.

If you’re looking for a relaxing slot with little complications Sparks is definitely for you. It gives a taste of deeper gameplay but stays close to the classic slot experience, mostly spiced up with colourful symbols and not much else.

I personally enjoy games that are a bit more experimental or include some bigger departures from the base game, but it continues to hold up fine as a classic slot!

Browse casinos with Sparks and other slots from NetEnt. Create an account and try the game for free before making a deposit.

You can play Sparks in English, Finnish, Swedish, German and 20 other languages. 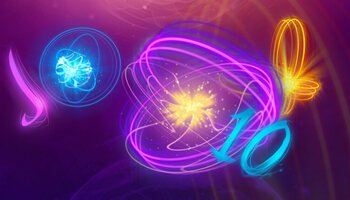