Speakeasy Boost brings the player back to the old-school American bar where the Prohibition didn’t quite reach. Entertained by jazz music and sultry singers, players can get their own taste of the experience with free spins, multipliers and wilds.

This 5-reel, 3-row slot does its best to bring the style and setting of America’s 1920’s to the screen. The game was developed by Kalamba Games and released in 2021. As a small studio, it’s clear the developer had to make some choices when it came to the features and graphics. That’s not to say the slot is barebones but it does have a rather low-budget look and feel to it. The graphics especially reminded me of slots that are easily ten years older than this one.

When it comes to the way it approached the setting, I have no complaints. Even though the graphics are a bit rough and there are some obvious issues on larger computer screens, the player will feel immersed. The speakeasy is brought to life through a combination of background images, relevant symbols on the reels and a fitting soundtrack.

The game has 243 paylines thanks to the consecutive reels mechanic. Despite that, the player needs to deal with High Volatility as the slot has low payouts and the different features are difficult to activate. On the other hand, a max. win of 52,520x your bet is obviously massive compared to other slots and should be appealing to power players and normal players alike.

Speakeasy Boost tries its best to stick close to the original theme and does this in part through the symbols in the game. High-paying symbols are based on the Jazz band that would be playing in the establishment, with different instruments and the musicians as inspiration. Meanwhile, the low-paying symbols are card letters but designed in the odd art deco style that was so prevalent at the time.

Getting a win does not happen often considering the volatility but when it does the symbols involve light up. There is a brief flash of the total coin win for that spin at the bottom of the screen but it would often disappear before I could see how much it was. Only bigger wins appear on the playing field itself, as if the slot is embarrassed about small wins.

Players can pick a bet in this game just like in any other, choosing between £0.50 and £50 per spin. As the game isn’t very quick to hand out wins, any players but the most daring ones should keep their bets low until they get a grasp on its volatility. You wouldn’t want to run out of funds before reaching any of the special features.

When it comes to the symbols in the game, players encounter the following:

Speakeasy Boost is a simple game that will not require a lot of explanation for even new players to get started. The features in the game are simple and based on familiar ones that are present in most slots. As a result, the slot will feel like a regular classic game with the usual gameplay. That said, there are some extra additions that help the gameplay feel adequate.

As far as gameplay goes, I found the double and triple symbols to only play a tiny role in the creation of wins. They can act as a sort of multipliers but they don’t show up often and are even more rarely part of a win. As such, I found that I could ignore them most of the time. One thing to note is that the game counts two-of-a-kind as wins as well, but won’t count a double or triple symbol on reel 1 as a win. You need at least a symbol on 2 consecutive tiles to have it trigger.

Getting the free spins mode was very hard and I only succeeded once. It does help that the longer you go without the free spins mode, the higher your Boost count gets. This means more and more of the playing field will be filled with multipliers when it does trigger.

Speakeasy Boost is a slot that I would say hasn’t aged well graphically but it is actually one of the newest slots available right now. Once we look past the rudimentary graphics, however, we can see there was a lot of detail and appreciation put into the design. Hopefully, later games will be able to offer some better-looking images to go with the style and setting.

When it comes to the gameplay, I was just about getting what I expected. The slot does have a few features that alter the classic gameplay but they don’t feel like they are important enough to really have an impact. Slots sometimes implement features that don’t show up, making them irrelevant and I felt like that was the case here.

Players should keep a close eye on their funds. The volatility is punishing and the ability to make some big wins is hampered by the difficulty it requires to activate the free spins mode. One good thing though is that the longer the free spins mode takes to trigger, the more likely it is it will reward you.

Browse casinos with Speakeasy Boost and other slots from Kalamba Games. Create an account and try the game for free before making a deposit.

You can play Speakeasy Boost in English, Finnish, Swedish, German and 9 other languages. 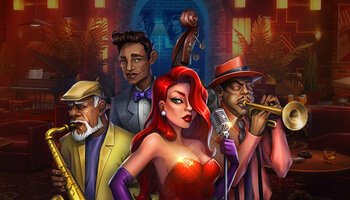