Spin Party is a game that seeks to make a party of playing it, complete with flashing symbols, dancing girls and a load of familiar symbols. Players can also enjoy some additional features like Stacked Wilds, Re-Spins and Free Spins.

This slot was released in 2015 by popular developer Play ‘n GO, showing off some interesting graphics that have aged well. The drawings are very simple and based on card letters and fruit symbols, but they are designed in a specific way. The 5-reel, 3-row playing field offers a lot of room for the different symbols to show off as the background is mostly irregular shapes that reminded me of a disco floor.

There aren’t a lot of paylines to win on, with 10 win lines being rather low compared to standard slots. In combination with the low payouts and the high number of symbols the game lands on its High Volatility. I thought the graphics were simple but look good, mostly being very sharp and minimized. This gives the game a special quality that is quite timeless.

To bring the idea of the party to life, the slot features a very upbeat club song with a strong bass that plays during both the base game and the free spins mode. It has a slightly faster beat than the spins of the game which bothered me somewhat but it did bring me into the party mood. During the free spins mode, we do hear a woman singing, which is not something you hear a lot in games.

Spin Party isn’t interested in creating any unique symbols or introducing a lot of complexity when it comes to its presentation. The symbols in the slot are divided between card letters and fruit symbols. Whenever there’s a win, the symbols aren’t specifically animated but just light up. The only things that are animated are the Stacked Wilds which are the silhouette of women dancing.

When it comes to the gameplay, the game is quite stingy with its wins but once they are triggered they are likely to be quite big. The high volatility is definitely not for everyone but to deal with it the player can pick a bet between £0.10 and £100 per spin. On the plus side, the game offers a max. win of 25,000x your bet for the few that manage to hit the perfect sequence of events. This is quite high in the list of the biggest jackpots of a regular video slot.

Spin Party stays close to the standard video slot with its symbols and it does the same thing with the features. Although they aren’t all exactly the oldest features, most players will be familiar with the different elements that make up the gameplay of the game.

For starters, a quick overview of the features that you can find in the game:

During the base game, players will be mostly looking for the stacked wilds as they don’t just increase the opportunity of getting a win on their own. Instead, they are linked with the re-spin functionality which is what makes it actually useful.

I found my funds to stay pretty close to the starting point but I did manage to regularly get into the positives. You shouldn’t expect any wins that will break the bank but wins that pay back a number of spins happened regularly. It felt like the game wanted to keep me playing and that always feels nice. Considering the high volatility, it also feels like you are somewhat winning against the slot, even if it is calculated.

Spin Party brings the party to your screen as the game emphasises the idea of having fun with the game. It doesn’t bring a lot of creativity in the way it fills the reels but instead seeks to change the presentation. With a booming soundtrack, dancing girls as Wilds and a slick design the players will feel like they are really part of an event.

The game has some simple features that work well together, bringing extra attention to the Wilds. They are cleverly also the only animated symbol in the slot which automatically brings them the attention they deserve. Giving the game such a strong anchor will help players see what is happening quicker.

If you enjoy a simple slot with some intriguing gameplay without having it be dumb or boring, Spin Party will likely entertain you. I think only the people who go for big experimental slots with a lot of original features won’t get as much enjoyment out of it.

Browse casinos with Spin Party and other slots from Play'n GO. Create an account and try the game for free before making a deposit.

You can play Spin Party in English, Finnish, Swedish, German and 30 other languages. 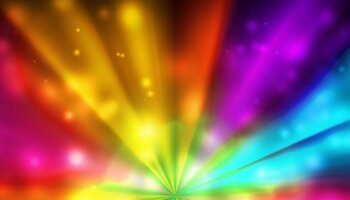