Spinsane has wolves haunt the casino as the reels are littered with them. Getting them to cooperate might result in some nice wins, however!

This game was released in 2019 by NetEnt and it seems like they were looking to go back to basics. With this 5-reel, 3-row slot and a modest 27 paylines the game resembles classic slots that you’d find in the pub or casino.

Spinsane has little to discuss when it comes to its presentation. The majority of the screen is filled with the 5 reels and even though the artists put some subtle details into the design, there is little to say about it. There is nothing to see outside the game area to give an indication where we are, although I did like the sheen on the reels that make it seem like they’re covered by a thin plastic sheet just like in real life.

The reels are populated with static images, all of them created for this game. The Scatter symbols are subtly animated with some lights but other than that the game is largely static. When activating the free spins mode it only changes the hue of the reels from a dark blue to orange.

Where the base game has some rather distant, thumping music that fits the look and feel of the game, the free spins mode picks it up a few paces and replaces the music with something I can only describe as a pop song. It feels a little out of place but I suppose it’s celebrating the fact we’ve reached the free spins mode? I’m not really sure. It sounded fine but felt unrelated to the rest of the game.

The game only has a small selection of symbols, each of them unique to the game. They make a distinction between the normal symbol and Super Symbols. Super Symbols are the same symbols except with scratches on them, and 10x the value when part of a winning payline.

It should be noted that the reels aren’t filled with symbols. They can also have empty spaces on them, although every reel will have at least 1 symbol on them.

The symbols are nicely drawn but very simple. In total there are only 5 different symbols in the game which is extremely low. The Super variation does double the amount but in relation to the game mechanics very little changes.

Spinsane keeps things simple with a game that stays close to the oldest fruit machine layout. Nonetheless, it has been updated to the modern age. There are only a few features to mention here:

As you can see, there isn’t much to discuss that most players won’t already recognise. Spinsane doesn’t give any of these features any special twists: what you see is what you get. The most interesting feature was, of course, the Free Spins mode but I only saw it activate very occasionally.

I felt like the slot missed something of an identity. The game, in general, looks good but it has very little to differentiate itself with. The idea of adding wolves to the game seems arbitrary and unrelated to the name. Spinsane would suggest something to do with insanity, which brings up a lot of ideas but none of them involves wolves. I would have liked to see NetEnt take this slot in another direction, or at least change the name to reduce confusion.

Luckily, most players won’t be bothered by that in the slightest and just want to know if it’s a fun slot. I thought it was, considering the basic elements and the rudimentary features. Players who want to take a step back in time will enjoy Spinsane.

Although the game is a little too simple for me, Spinsane is sure to satisfy a lot of players. The game stays close to the original fruit machine concept while updating it enough to make it enjoyable to play.

It comes with all the additions we’ve come to expect from video slots, including an Autoplay and Quickspin function. It’s possible to choose a bet between £0.10 and £100 per spin, and there’s a max. win of 5,000x your bet to entice you to keep playing. The low amount of symbols didn’t keep the game from having a High Volatility which I think comes mostly from the empty spaces on the reels.

NetEnt has shown itself to be a versatile developer creating games like Spinsane that harken back to the olden days. With only a minimal amount of features, not much flash when it comes to appearance and a rudimentary playstyle it will appeal to players that do not care for the extravagant slots on the other end of the spectrum.

I found Spinsane to be a little too rudimentary, bringing back elements of slots that I was honestly glad had faded out of the public eye. I also thought the game was a little too bare-bones when it came to its look and sound. Nonetheless, it played fine and the free spins mode helped in getting some sizeable wins.

Browse casinos with Spinsane and other slots from NetEnt. Create an account and try the game for free before making a deposit.

You can play Spinsane in English, Finnish, Swedish, German and 20 other languages. 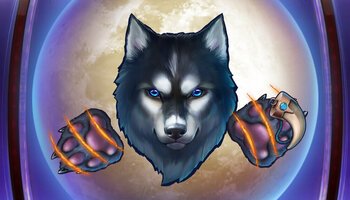