Stage 888 is inviting you to belt out your favourites tune on a music talent show. Whether you are an amateur singer or a professional one, this is your time to shine, thanks to the glitzy and glamorous game by Red Tiger.

You are not alone in this. There’s nothing quite like stiff competition to bring out your fierce side…. except you need not worry here. You will be joined by four K-pop contestants on the stage who will help you along the way. Unlike popular TV shows, they are not here to take you down. Instead, they act as Stacked Wilds to help you boost your winnings.

Built over five reels and 20 paylines, this TV talent show-themed slot game might look like a classic slot game at first glance, but there's more to it than meets the eye. In fact, there are six bonus features in total. To say I was gobsmacked by this would be an understatement.

Here I thought I stumbled over yet another fruit-type slot game. Instead, I was greeted with stacked wilds, nudges, and high value spins. Bets start from as little as 20p and go all the way up to £500 per spin.

Although there is no story as such to this game, the slot game provides us with an X Factor-style stage as a backdrop to the reels with sound amplifiers at the side of the reel setup.

In terms of background music, there is none until you hit the 'spin' button. When you do, you are greeted with an electric guitar semi-solo in the background. I didn't pay it too much attention, to be honest. As long as it wasn't playing out continuously, I happily contended with this tune.

Like most Red Tiger slot games, Stage 888 benefits from stunning graphics thanks to the glitz and glitter dazzling off the reels.

Once you access the bonuses and features, that's where the excitement truly kicks off. You might find yourself screeching with delight too.

Regular playing card symbols including A and ten playing cards are the lowest paying symbols of the game.

The 888 logo is the highest paying symbol. Land five of this and you'll get a payout of (you guessed it) 888 coins. Additionally, these logos can land either stacked or else filling up multiple reels.

The contestants' symbol can also crop up as stacked wilds replacing every other symbol except for the scatters.

As already mentioned, the game has plenty of features on offer in Stage 888. Each of these features can be randomly triggered:

It doesn't stop there. There are also specific features which can be triggered:

During my time playing this game, I managed to hit the Stage Bonus feature once. I was whisked away to a different screen and invited to push the button to reveal a multiplier. I managed to crawl all the way up to a multiplier of 138x, which resulted in a humongous £276 prize.

Although this game offers the thrills and excitement of participating on a talent show, it lacks some prominent staple favourites. Sure, you have Wilds, scatters and some instant win prizes, but the lack of free spins feature might be a deal-breaker for some players. It was for me too!

It is yet another highly volatile game. I found myself spinning the reels countless times without hitting big wins. That was until I triggered the Stage Bonus feature, which resulted in a substantial win.

There are some nice features that make for exciting gameplay, but unfortunately, they didn't thrill me as much as a free spins bonus round would have.

Browse casinos with Stage 888 and other slots from Red Tiger. Create an account and try the game for free before making a deposit.

You can play Stage 888 in English, Finnish, Swedish, German and 18 other languages. 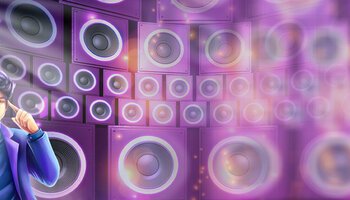