One of the most loved slots gets a remake in Starburst XXXtreme. Everything you love about Starburst (bar the paylines creating wins from both sides) is replicated in this game with some extra additions. Starburst XXXtreme features a 5-reel, 3-column slot with 9 paylines, and a few other surprises.

The look and feel of the game are true to the original. If you close your eyes you might be fooled into thinking you’re playing Starbust. But open your eyes and you will see the magic happen. Wilds expand but they also carry a multiplier, completely changing the mechanics of the game.

And if you’re too impatient to get the all-important expanding wilds you can pay for them to be activated. There is an XXXtreme max win of 200,000x to be had here so it’s totally understandable some folks would lack the patience.

The symbols are just the same as in Starbust, even the winning animations are kept as per the original.

The same as Starbust, this slot features expanding wilds in reels 2, 3 and 4, and a free respin. However, it adds a very important feature: the multiplier. These multipliers can go from x2 to x150. If more than one multiplier is awarded then it is added together.

If you’re the impatient kind then Starburst XXXtreme comes with some good news. You will have the option to pay to immediately trigger the expanding wilds with a multiplier. For one multiplier you will have to pay 9x, for 2 wilds the bet goes up to 95x.

Even before you start playing, this slot feels exactly like the original Starburst. What it does have missing, however, is the paylines that go from both right to left and left to right. I’m not going to lie, I missed this feature. I missed it dearly. Every time I saw a line that would have normally been a win my heart ached a little. To me, this is also the most important feature of Starburst, yet in the remake, it is missing.

So there was a little frustration when these non-paylines were appearing, especially when the wild reel was on the 3rd or 4th reel. Of course, this is understandable considering that the expanding wilds do come with some extreme multipliers.

Having the option to pay to get the multiplier, expanding wilds is also a welcome addition to the game. Although it is this feature that cranks up the volatility to high. The wins here vary so much from one another. With both expanding wilds in play, there were times I got a big fat 0x. But on another occasion, I had the multiplier go up to x160 which resulted in a win of 1,040x. They weren’t joking when they named the game Starburst XXXtreme. It really is, and I would suggest only pro players attempt the XXXtreme Spins feature as it is easy to get carried away and for it to drain all your money in a matter of minutes.

Browse casinos with Starburst XXXtreme and other slots from NetEnt. Create an account and try the game for free before making a deposit.

You can play Starburst XXXtreme in English, Finnish, Swedish, German and 20 other languages. 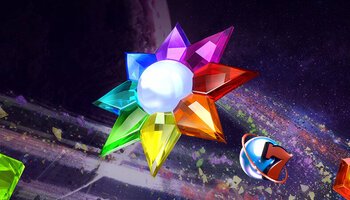