StarQuest Megaways gives the player the opportunity to join a brave explorer in their journey through the stars. This Big Time Gaming slot offers gamers the opportunity to play with Re-Spins, Multiplier Wilds and Stacked Wilds as the game proceeds.

In 2016, this slot was released by the smaller developer Big Time Gaming. This shows somewhat in the way the game is presented, noticeably by the lack of creativity in the symbols and the bland interface buttons. Still, the game does have a beautiful background showing an alien planet and a star-studded sky. The Stacked Wild is also a special character that is slightly animated.

The game tries to aim for a nostalgic ‘50s science-fiction vibe which it doesn’t quite succeed in. All the symbols are pretty, with most of them card letters and some additional shapes for the high-paying ones. This doesn’t add to the theme at all and feels pretty lazy. There are also no animations to speak of, which could have been another way for this game to differentiate itself. The game has a 6-reel playing field, with every reel switching between having 2 to 8 rows. This results in the game having between 64 and 11,760 paylines.

The sound design is acceptable and a lot more in theme, with a spacy-sounding soundtrack that plays while the reels spin. The sound effects similarly take inspiration from science-fiction. In the background, we can hear sounds that remind us of spaceships flying past, asteroids crashing down or laser beams shooting.

I’m not sure why, but almost all of the symbols in StarQuest Megaways are extremely simple. The low-paying symbols are card letters and the high-paying symbols are mostly generic shapes. They are easy enough to tell apart thanks to the different colours but they don’t score any points on creativity.

StarQuest Megaways offers only very low payouts for its wins since it has a large number of paylines that are counted based on consecutive symbols. Any time a symbol appears on consecutive reels it is counted as a win and doesn’t require literal paylines to fit. Coupled with the varying size of the playing field, the game has Medium Volatility and assumes players will have wins semi-regularly.

I found this to be about what I got when I played the slot. I never really felt like I was heading for any big wins, but the wins I did get were large enough to compensate for a series of losses. A single spin could have a number of wins at the same time.

StarQuest Megaways stays close to the base game, offering no free spins or bonus game to distract from the core gameplay. Instead, players are treated to a number of features mostly in the form of different wilds. The gameplay stays very standard this way, without ever feeling boring.

The game revolves mostly around the Wilds, even though you’ll notice the alternate reels the most. A reel can be anywhere between 2 and 8 rows big, making it harder or easier to get a win. The Wilds help alleviate this difficulty a little bit.

Whenever a Stacked Wild appears, it will substitute all other symbols in the game. The Wild will also trigger a re-spin, causing all other reels to spin again. If this creates another win, this win is awarded as normal but no additional re-spin is activated. Only if another Stacked Wild appears on the screen does this trigger a new re-spin.

A downside to this was that the game heavily depends on these multipliers to create any significant wins, and it can happen that you will simply not get any multipliers on your Wilds. As a result, wins will stay very small and make it hard to balance out.

As a player, you have the possibility to pick a bet between £0.20 and £10 per spin. Although this seems rather restrictive, I found that it is probably better than allowing players to bet very large numbers to avoid disappointment.

StarQuest Megaways looks pretty simple compared to slots from other studios, but its gameplay is surprisingly solid and the soundtrack also makes up for a lot. The game doesn’t score a lot of points in its appearance but I did have some solid enjoyment when playing it.

The Wilds are very important in this game so I would definitely recommend the slot to people who like that type of gameplay. Giving the Wilds different functions means that each time one shows up, a lot of possibilities open up. It also means the volatility is quite high and the Wild more often than not won’t do exactly what you want it to.

Finally, the game offers a max. win of 176,400x your bet. Obviously, this is an incredibly unlikely event that would require every element of the game to work perfectly at the same time. Even so, the game doesn’t need the prospect of a jackpot to be enjoyable and I imagine plenty of people will have a good time trying this game out.

Browse casinos with StarQuest Megaways™ and other slots from Big Time Gaming. Create an account and try the game for free before making a deposit.

You can play StarQuest Megaways™ in English, Swedish 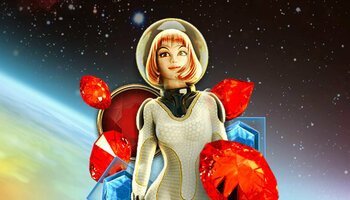