Starstruck is a pep-filled, retro-themed game that can surprise the player with few twists and turns towards some starry payouts.

Upon the first impression, Starstruck may appear like just another retro game on three reels and three rows. I can't find a single element that can distinguish it from scores of similar games, but there are few highlights.

First off, the designers at Nolimit City have paid attention to detail, which overall, can galvanize any player's curiosity. Yes, the game appears quite simple, but the gameplay can do more for you thanks to three multiplier wilds and something called Hot Zone that can trigger the Starstruck bonus feature.

Another thing that may not be obvious at the start is the game's potential to multiply the multipliers. In view of the hit frequency of one in three spins and the theoretical RTP of 96.19%, there is a possibility for small, medium and big wins and that makes Starstruck hard to ignore.

Nolimit City has made a fusion of retro styles in this game. I don't know if it's just me, but the reel set does remind me of a jukebox. And speaking of old school, the symbols can be found on any slot machine made between the 1920s and 1980s.

An obvious example is the BAR symbol that comes in three variants, but there are also, and quite strangely, only three cards' suits and a single fruit symbol - watermelon.

I must admit that the summary of the symbols on Starstruck stole a chuckle from me. I mean, why just one fruit symbol and not the usual fruit stand, if you will?

But who is counting, as all of the symbols come together in seamless gameplay that is peppered with sparkles and light. The sound theme fits the nature of the game nicely, but it will eventually get repetitive.

Despite the retro look and feel of the game, Nolimit City has added a couple of neat surprises that can trigger at any time during the gameplay.

I think it's worth noting again is that the hit frequency can trigger a win in every three spins, or thereabout.

There is another excellent piece of information that I think players will find useful. Starstruck comes with an excellent payout structure.

The only outcome that pays less than the amount of the bet is a combination of any of the BAR symbols, which pays 0.2x your bet. All other symbols pay at least 2x your bet (spade, club and heart).

I can’t think of a better way to summarize what this game is and does than with the following ‘joke’: “There was a game called Starstruck and it walked into a BAR.” That’s right. There are lots of payouts made with the BAR symbols. On the other hand, the hit frequency is so wonderful that the game has the capacity to throw in a big win with the help of the stacked wilds.

Personally, I can’t find a better retro game than this because most retro games are slow and uneventful. Not the case here. Therefore, I can wholeheartedly recommend Starstruck to any player out there.

Browse casinos with Starstruck and other slots from Nolimit City. Create an account and try the game for free before making a deposit.

You can play Starstruck in English, Finnish, Swedish, German and 12 other languages. 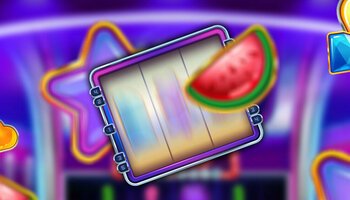