Super 7s is a standard slot machine taking its inspiration from popular fruit machines and giving it some modern twists. The game features new, sharp graphics as well as Scatter symbols and some simple animations.

If you are looking for something highly original or a reinvention of the classic slot experience, you won’t find that in Super 7s. Players that prefer something a bit more grounded might enjoy this slot a lot more, however. This Pragmatic Play slot was released in 2020, using familiar fruit machine symbols to fill the 5-reel, 3-row playing field with a modest 5 bet lines. The graphics are sharp and rather detailed but also feel especially uninspired, serving as carbon copies of older slots.

The game doesn’t offer a lot to keep the player engaged when it comes to the graphics. The reels spin as normal and when there’s a win, the symbols involved play only a slight animation. It doesn’t even show the winning bet line they are on, something I normally prefer for clarity’s sake. Getting a bigger win does open a splash screen which gives you a total coin count, which I thought was helpful.

Maybe expectedly, the sound-design is lacking in creativity as well. You will hear an energetic pop song play as the reels spin with a standard jingle on a win. The overall vibe the game seems to go for is a relaxed, Mediterranean vibe that is unfortunately not supported by the graphics at all. Maybe if they had tied it all together a bit more it would have felt more original.

As this is an adaptation of the classic fruit machine, Super 7s doesn’t offer any creativity when it comes to the symbols. None of them is original, with the only thing different being the way they’re drawn. There’s nothing wrong with how they look, it’s just too bad there is no creativity at display here. Even some extra animations might have helped set the slot apart, but the creators didn’t choose that option either.

The payouts are rather high with even the lowest, shortest payline awarding the cost of a single spin. This obviously has to do with the low number of bet lines, which is compensated by the low number of symbols. On average, this results in the game having Medium Volatility. In my experience, this worked out as I only had occasional wins but when they dropped they were usually larger ones.

Super 7s is a very simple slot when it comes to features as well. There really is only one worth mentioning. Other features include the standard Autoplay and Quick Spin features one might find in modern video slots, but these function as they do in every game.

The feature in Super 7s is:

The feature works exactly as it says on the tin, with its only benefit being that it doesn’t require a win line to be successful. During my time playing, I didn’t find this symbol to appear enough to trigger a win very often and as such the feature felt rather useless.

If you’re looking for a simple slot machine without a lot of features, Super 7s is an obvious slot. The only feature that’s here is one that will be obvious to even the most inexperienced player, but the fact it so rarely activates means that it also feels a bit wasted.

I can’t really say I enjoyed the features in this slot considering their rarity. I won way more often because of regular wins than the Scatter feature.

Super 7s is a hard slot to say anything original about since it almost feels like it goes out of its way not to do anything unique. There are no special graphics, no fun animations, no original theme or setting. The music is fine but bland, there is only a single feature.

If you are a player that only enjoys classic fruit machines but don’t mind the slot format, this is the perfect game for you. It offers next to no features that interrupt with the core gameplay, all the symbols are familiar and it gives you the opportunity to focus fully on the spinning.

Regular players that enjoy a bit more variety will probably not get much out of this game. The slot has a max. win of 1,000x your bet which isn’t bad but nothing remarkable either. Players can pick a bet between £0.05 and £100 per spin to change their experience a little bit, but if you’re looking to do that I’d suggest another game.

Browse casinos with Super 7s™ and other slots from Pragmatic Play. Create an account and try the game for free before making a deposit.

You can play Super 7s™ in English, Finnish, Swedish, German and 19 other languages. 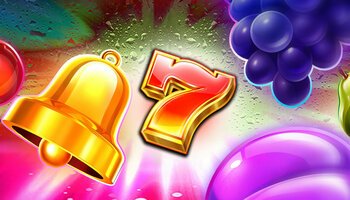