Super Burning Spins: Respin is the original Super Burning Wins with a slight twist, where the game allows you to get respins at certain times. Other than that the game sticks close to its fruit machine roots with only the multiplier mechanic as a feature.

This slot was developed and released by Playson in 2019, even though the simple design and lack of special graphics or animations make it almost impossible to tell. I will say that I liked the art of the different symbols even though they look remarkably familiar to other Playson slots. It seems that the developer isn’t above recycling existing symbols.

The 3-reel, 3-row playing field has only 5 paylines that wins can appear on. When there is a win, the tiles involved light up with literal flames before the game continues. The different symbols are unremarkable in terms of creativity, simply showing different staples such as fruits, bells and BARs.

People who are at all familiar with Playson slots will notice some familiar sound-effects. I wouldn’t really call this a sin, there are a lot of developers that do this. It still gives away how little attention was paid at constructing this slot, where even the effects are simple copies of other games.

As a slight variation on the classic slot machine, Super Burning Spins: Respins reuses familiar symbols that go back more than a century. You won’t find any surprising elements here, except perhaps the cross symbol. At first, I thought it was meant to represent an empty tile, but it does have value and is the only creative symbol in the game.

The game only has a small number of different symbols but it also has only 5 paylines, evening out to reach Medium Volatility. The payouts for most symbols are quite good so even small wins will pay back a few spins. That said, during my time playing I found my funds to drop steadily and I never felt like I was going to come out on top.

As a classic fruit machine with some variations, you can’t expect a lot of features here. The features that are here are simple and only augment the gameplay in small ways:

Obviously, there isn’t a lot I can say about the features when the game has so few. The main one is the respin feature, seeing as it is even put into the name of the slot. The feature activates pretty often, requiring 2 of the reels to be filled with the same symbol and then triggering a respin on the third reel. This only happens when there isn’t a win.

The other feature can occur both during a regular spin or a respin. If the entire playing field is filled with the same symbol, a 2x multiplier will be applied to that win. This can obviously result in some impressive numbers but I did not see it happen often during my time playing. Players can get a max. win of 150x your bet this way. This isn’t very high but it did feel like it was within grasp.

If you’re looking for a fruit machine with some very simple features, Super Burning Spins Respin will probably fill that spot. The game keeps its features in the base game so it doesn’t interrupt the gameplay but show often enough to feel like they’re part of the game.

Super Burning Spins Respin is the fruit machine for people that enjoy the classic gameplay but don’t want to look at the ugly, old-school graphics. The features are entertaining enough without distracting from the base experience. Meanwhile, everything is presented in a clear and concise manner.

Players that are looking for something experimental or even a standard 5-reel, 3-row slot obviously won’t find this here. Playson seems comfortable creating and releasing a slot that is very specifically aimed at a small group of classic players and I think that’s fine.

The medium volatility didn’t feel punishing but my funds did go down the entire time. Players can pick a bet between £0.20 and £100 per spin to augment their risks somewhat. I would probably recommend this game to people who just enjoy a slot to pass the time with, and not for those looking for a big payoff.

Browse casinos with Super Burning Wins: Respin and other slots from Playson. Create an account and try the game for free before making a deposit.

You can play Super Burning Wins: Respin in English, Finnish, Swedish, German and 18 other languages. 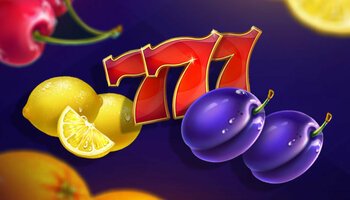