Ten Elements sees you dealing with an artist who intrinsically paints the slots by using watercolour brush strokes. This five-reel setup is softly decorated with purple ribbons, clouds and an imperial palace looming in the background.

The game exhibits all the classic signs of a Red Tiger Gaming slot. It pays attention to detail to visual effects, sounds and most importantly, features. How does it compare to other Asian-themed slot games, and how does it fare when compared to others?

I won’t beat around the bush here, but this game is similar to slot game Imperial Palace by the same software provider. Asian-themed slot games are nothing new in this industry, and it has seen players flock to them in droves.

Like most Asian-themed slots, you’ll find some standard icons such as lotus flowers, caterpillars, Yin and Yang and Paper fan symbols. The regular playing card symbols also feature here, though they have appeared to have been painted by brush.

One of the unique features of this slot game, in particular, is that it comes with 10 (Yes, this isn’t a typo) wild symbols. And these are no ordinary wild symbols either. These nifty symbols can fill multiple reel positions at a time, boosting your winning combinations considerably should they come to a halt in the right places.

Similar to its sister slot Imperial Palace, you are treated to a sweet tune once you hit the ‘Spin’ button. Fancy something a little more fast-paced? Then fit the ‘Turbo’ button so you can speed things right up.

Will this 2017 slot release turn you into an instant fan? Considering it has 40 paylines, it might be enough to thrill some players. We recommend you keep on reading to learn more what’s on offer in this game.

Bets start from as little as £0.20 per spin while the highest bet per spin stands at £40. It is a solid choice for both casual slot players and high rollers.

In order to achieve a win, you would need to land between three and five of a kind symbols on a payline from left to right.

The least paying icons are, as usual, the playing cards. The purple Yin Yang symbol pays a little more while a paper fan can pay you up to 72x your bet for five of a kind.

The Wild Weapon symbols are placed centre-stage in this game. You can land yourself between 68x and 888x your bet for five of a kind. Each wild comes with a weapon of sorts including swords, shields as well as magical devices.

The most potent of wilds can take up a 2x2 place to generate some wins. Although the smaller wilds tend to crop up a little more often, it is not unusual for huge weapons to crop up on the reels.

The Free Spins Bonus round is activated when you land three or more free spins bonus symbols. You won’t need to hit a payline to trigger this bonus round. However, this is where it gets disappointing.

There are absolutely no special symbols on the reels during this round, so your chances of winning are the same as in the base game. Although a free spins round is always a welcome feature, there is very little that adds value to this round or to boost your bankroll.

Ten Elements is sadly not the most exciting Asian-themed slot game I have come across. Although the gameplay is solid, the game is ultimately about the wilds. You can expect them to crop up very often.

Although multiple large wilds can lead to some rather intense action, it still failed to impress me. Not everyone is into a flowery design, and not everyone wants a game that is this basic.

I’m also not quite sure what the purpose of this game is. Is it about weapons, art or magic? However, this is not the issue here. If you like the way it looks, it can be a fun game.

This medium-volatile game can see winning combinations a little more often, but if you want something more thrilling, there are better options from Red Tiger Gaming.

Browse casinos with Ten Elements and other slots from Red Tiger. Create an account and try the game for free before making a deposit.

You can play Ten Elements in English, Finnish, Swedish, German and 18 other languages. 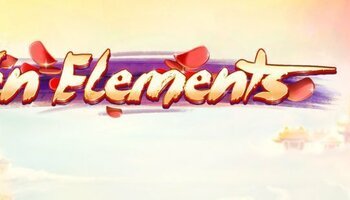