The Lab brings us to a hidden laboratory where we watch different elements react to each other in a strange vortex. The slot gives players the opportunity to play with Free Spins, Multipliers and Sticky Wilds.

Originally developed and released by Elk Studios, The Lab came out in 2014 but it doesn’t show in the graphics. The game still looks great with sharp, big symbols on its 5-reel, 3-row playing field. With only 15 paylines The Lab has a High Volatility, making wins rather difficult. Keep in that in mind while giving this slot a try.

The symbols are all original, some of them are different types of crystals while the others are denominations of certain materials like H2O for water. I thought this was a clever way of integrating the scientific setting into the game itself. Meanwhile, the background is a rather vague image of what appears to be a vortex in the distance. It does create some movement which I found to be a nice addition.

When it comes to the music, The Lab has a fittingly aetherial feel to it with lasers when you hit a win and a soundtrack that reminds me of chill techno. Getting a big win or the free spins mode plays a siren before starting a more upbeat, uptempo version of the same song. This fades away once the free spins mode ends.

The Lab features a selection of symbols that all fit the scientific setting but aren’t specific enough to really make sense either. The entire premise stays rather vague. Are we inside a test tube, are we overlooking a black hole in space, or maybe we aren’t anywhere and it just looks nice? This also makes the symbols feel a bit disconnected, as they look scientific in their own way but it’s unclear how they relate to The Lab.

Either way, there are low- and high-paying symbols. As I mentioned before, the high-paying symbols are different types of crystals. The low-paying symbols are simple denominations. They look almost the same as the traditional card letters but this time they are part of the theme! I wish more developers would take the time to come up with something like this, where there is no extra time needed in creating special images but it does not detract from the slot and its setting.

The Lab has a few simple features that fill out the gameplay. They don’t play a large part of the gameplay, related to the volatility, but when they do appear you’re likely to get a big win in return. Though in my experience this wasn’t guaranteed.

While playing the base game, The Lab doesn’t offer players a lot to do or look at. The game spins pretty quickly and wins are usually only awarded when the right symbols appear on one of the paylines. Wilds are extremely rare and didn’t feel like an actual part of the game.

The vortex that appears in the background of the slot actually has a purpose. If a Scatter Symbol appears on the centre of reel 3 it is right in front of the vortex, which starts the free spins mode. At this point, 2 extra reels appear on the right side of the screen. During the Free Spins mode, additional Scatters will add extra free spins.

Multipliers are also active during the Free Spins mode, giving all wins a 2x multiplier when a Scatter appears on the screen. This was a good way at making this mode stand out in regards to the size of the wins.

The Lab feels like an unfinished slot with the right symbols and a good soundtrack but without actually following through and giving players the enjoyable experience they are looking for. The game plays in a boring way whereby switching on Autoplay wouldn’t impact your time with this slot in a meaningful way.

Elk Studios has released a bunch of other slots since 2014, many of which are notably better than The Lab. I also found that a lot of casinos and sites have stopped offering the game for play, either to try out or for coins so it might actually be hard to play it if you wanted to.

If someone does decide to play the game they will get to pick a bet between £0.15 and £90 per spin. The maximum win is a sizeable 3,066x your bet, which is actually quite high to other slots by the same developer.

Play The Lab for free

Browse casinos with The Lab and other slots from Elk. Create an account and try the game for free before making a deposit.

You can play The Lab in English, Finnish, Swedish, German and 8 other languages. 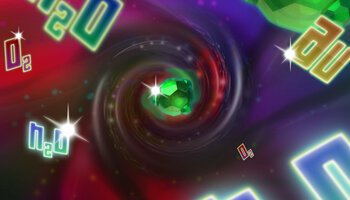