The Mummy Win Hunters Epicways might be the longest title for a slot I’ve seen in a long time, but it does cover the contents quite well. Get ready to visit Egypt once again where players are treated to an Epicways slot with free spins, wilds and stacked symbols.

As a Fugaso slot, this game has some interesting features, primarily amongst them the Epicways mechanic that’s also used in slots like Trump It Deluxe Epicways. Here, players will have a playing field that consists of 6 reels and each reel having a random size per spin. This can vary between 2 and 5 rows. As a result, this 2021 slot can have anywhere from 64 to 15,625 paylines.

The setting is a familiar one, using Ancient Egypt as a backdrop. Not that we’re going back in time though as we encounter some gruesome mummies that have stayed in their tombs for thousands of years. The reels are filled with high- and low-paying symbols. While the low-paying symbols are simple card letters, the higher-paying ones are more appropriate for the setting. We can see a pharaoh bust, different gods and some Egyptian items from the time period.

The background gives us some extra idea as to what the setting is with some pyramids looming in the distance, past the desert sands. Most of the screen is covered by the playing field, while there is a tracker at the top that shows us the total number of paylines for that spin. At the bottom we can also find a diagram of the reels, highlighting the winning tiles separately.

The Mummy Win Hunters Epicways obviously makes use of the familiar Egyptian themes and visuals. You can expect mummies, several different Egyptian gods and random Egyptian objects to fill the reels. When they’re a part of a win they will be slightly animated while the card letters are only rudimentary in design.

When it comes to the gameplay elements, players can count on the usual details that will make playing it a little more to their liking. The most important one is the ability to select their bets, ranging from between £0.10 and £10 per spin. Although this is quite a small window, it is on par with other Fugaso slots. Since the game has High Volatility, it’s recommended players start off with more modest bets before they decide to increase them.

When it comes to the reward for playing the game, I found the slot to be reasonable at handing out wins. They weren’t always big enough to make back my bets which meant a slow but steady drain of my funds. There is the opportunity to win a jackpot which can be up to 50,000x your bet. Obviously, this could be a big incentive for players but keep in mind it’s unlikely many people will get to see it drop.

There are a large number of symbols in this game, including:

The Mummy Win Hunters Epicways slot has a small number of different features, most of which won’t be very surprising to players. These consist mostly of wilds and free spins, standard elements of most slots. The most eye-catching mechanic is obviously the Epicways, but even those are more and more common in slots nowadays.

All of the features in the game include:

The gameplay in this slot is rather what you’d expect, with the Epicways feature making it possible for bigger or smaller wins to occur naturally. The free spins mode is triggered through traditional means although the game also makes it possible to pay 100x your bet and activate it manually.

I felt the high volatility the entire time I was playing the game, even though there were regular wins. These were often just not high enough to compensate for my losses. As a result, I saw my funds shrink over time. Keep that in mind when starting out the game, as bets that are too high may drain your funds quickly.

The Mummy Win Hunters Epicways is a slot that is very similar to another game by the same developer: Trump It Deluxe Epicways. Since they’re so close in gameplay it makes sense to look at their appearance in which case the Trump slot wins by virtue of being more original. The Egyptian theme is simply too overdone for any game to really differentiate itself.

At its core, the gameplay is fine and the Epicways feature offers some interesting gameplay but it’s not enough to really give this game its own personality. The symbols are extremely standard even though the high-paying symbols are original art. Even the background doesn’t offer anything to make it stand out.

If you are really in love with the Egyptian setting, or you’re just curious about the gameplay, give this slot a try. Otherwise, I doubt many players will get something out of this game they can’t find in a slot with a more original and entertaining theme.

Browse casinos with The Mummy Win Hunters Epicways and other slots from Fugaso. Create an account and try the game for free before making a deposit.

You can play The Mummy Win Hunters Epicways in English, Finnish, German, French and 7 other languages. 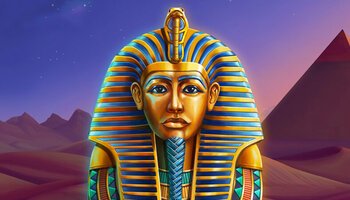