A game with a title The Reel Steal surely hints to a big heist. You can also apply the phrase "It's a steal" in describing what the game can do, thanks to the extra features that make any spin ripe for a potential mega win outcome in just one hit.

The Reel Steal is about an elaborate scheme that’s been drawn up by a crime syndicate to pilfer out corporate secrets, precious stones, gold bars and raw cash. Pretty much, everything that has a high value on the black market.

Does that bring back similar ideas from your childhood dreams? Dare I say it does it for me - but only as a form of self-entertainment.

Well, with this game players can imagine the premise on their own - you can be on the side of the detectives who capture the contraband and get rewarded a prize for their work, or side with the bad guys and keep it all to yourself... but only after paying that dishevelled arsonist from one of the symbols for his part of the job!

What I am most impressed by are the extra features that can make playing Reel Steal worthwhile. The game comes with a supercharged wild, a free spins bonus and a set of high-paying symbols that can trigger big win amounts.

The stuff that has me irked is the high variance. You have to play the waiting game before a hefty payout crops up. On the other hand, wilds aren't that rare and getting a prize with the help of that symbol can result in the win amount times 5 in the base game or 25x in the free spins bonus.

The high-paying symbols on The Reel Steal have been drawn and rendered in the style of comic book art. Too bad the characters aren't animated when they become part of a winning outcome, as that would have been a nice touch on the visual experience.

A string of non-winning spins that are typical for high variance slots may plunge your reel adventure into an event-less spell, but don’t be quick to skip to another game, which brings me to the highlight in this game.

The wild is the only symbol that springs into action when it forms a winning outcome, as getting a 5x or 25x factored-in the win outcome is aptly represented by a car that speeds away from the scene. Overall, I don't think the graphics are bad, but it would have taken just a little bit more effort to make The Reel Steel more exciting than it already is.

The wild and the scatter are the only special symbols in the game that can trigger extra features. It may not sound like much, but it isn't hard to visualize how these can impact the outcomes.

You don’t have to be a crime detective to find out that most of the symbols in the low-paying symbol category can comprise decent payouts.

Only two of the symbols return the bet for a winning outcome for four of a kind, while the rest pay more. Four moneybags are worth 1.33x and four coffers are 1.66x your bet. The really good payouts start with five of a kind in this category, where the top prize is for five safes, at 11.11x your bet.

Everything about the game seems to be perfect. The payouts are great, the wild multiplier is absolutely amazing, and a single scatter symbol adds a free spin during the bonus feature. So where does the house get its edge in this picture?

A dozen of spins on The Reel Steal and you get a sense why NetEnt has set nine paylines, instead of, say, 20. That and the high variance are the limiting factors to a winnings bonanza.

And that’s only fair enough. Nevertheless, I still think that the game has a serious payout potential - if only a wild crops up on a full payline of a high-paying symbol during the free spins bonus, for that 25x multiplier!

Play The Reel Steal for free

Browse casinos with The Reel Steal and other slots from NetEnt. Create an account and try the game for free before making a deposit.

You can play The Reel Steal in English, Finnish, Swedish, German and 20 other languages. 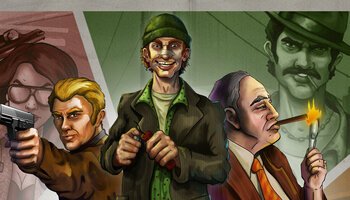