Trump It Deluxe Epicways is the third installment in the series that is based around the eccentric ex-president and involves some pretty over-the-top images as well as a new Epicways feature. Players will also be dealing with free spins, wilds and a bonus game.

The Fugaso game released in 2020 has a clear political undertone even though it’s not taking itself seriously. You’ll find a series of caricatures of famous political leaders, including Trump himself but there’s also Putin and Kim Jong-un. All of the high-paying symbols are drawn by hand. In the background, we can see what appears to be Death Valley, although the connection to the theme was a little lost on me.

Most of the symbols are animated when part of a win. There are different animals, like the tiger and the bear, which move when they are on one of the paylines. Thanks to the Epicways feature, there can be between 10 and 15,625 ways to win. All of this takes place on a 6-reel playing field with between 2 and 5 rows per reel. This changes every spin and is different for every reel.

Although I expected there to be some loud and extravagant music to coincide with the tone of the slot, it was actually a very quiet game. Players won’t hear much but some solemn guitar chords during the base game. When there’s a bigger win we’re treated to a short big band jingle and small wins are celebrated with a single guitar strum. It all felt very minimalistic which didn’t really fit the overall setting of the game so far.

Trump It Deluxe Epicways offers players a large playing field with potentially thousands of paylines. Due to this, there is quite a large selection of symbols to fill this screen up all the way. There are high- and low-paying symbols as can be expected, with the high-paying symbols being original art and the low-paying ones looking like generic card letters. I was a little disappointed by the difference between the two, since the characters are actually drawn quite well.

The game allows players to pick a bet between £0.10 and £10 per spin, which offers only a limited choice. Since the game has High Volatility it’d be wise to start off with lower bets to get a grasp of the game’s volatility before deciding whether or not to increase your bets.

Even though there are a lot of similar slots, I think that this game differentiates itself quite well by offering a max. win of 50,000x your bet. This is considerably higher than most other slots will offer and even though it won’t be easy getting your hands on it the opportunity is always there.

Trump It Deluxe Epicways functions like the previous Trump It variations in several ways, but the Epicways mechanic does change things up. Players that aren’t aware of this feature should take care getting their heads around the rules as they can affect their enjoyment.

In total, the game features include:

Most of the game takes place on the main screen as activating the free spins mode isn’t easy. It is not impossible though since the game does have the Scatters show up occasionally. Additionally, there is the opportunity to activate the free spins mode manually. To do this, the player has to pay 100x their bet. At this point, Scatters will appear on the screen and they will receive a number of free spins.

I don’t think that’s a very smart way to use your funds. Not only is it difficult to win more than the cost of triggering the free spins back, but even if the player does manage that, it won’t have even started counting towards their actual wins. It’s much better for their funds if they can trigger it through the standard gameplay.

Trump It Deluxe Epicways is a capable slot regardless of what you think of the man himself. The Epicways feature is getting quite popular amongst both developers and players so it should be easily understood by more and more people.

The game has a good presentation with clear and nicely drawn high-paying symbols. I was a bit disappointed that the card letters were so simple and boring. The background also looks nice but is completely static. My biggest surprise was the lack of a soundtrack. Other than the occasional sound-byte, the slot felt rather empty and quiet.

I had a nice time playing the game even though I’m not a huge fan of the Epicways feature. There are other slots with similar mechanics that offer bigger playing fields and more potential paylines but you’ll be hard-pressed to find any with the same size jackpot as this game.

Browse casinos with Trump It Deluxe EPICWAYS and other slots from Fugaso. Create an account and try the game for free before making a deposit.

You can play Trump It Deluxe EPICWAYS in English, Finnish, Swedish, German and 8 other languages. 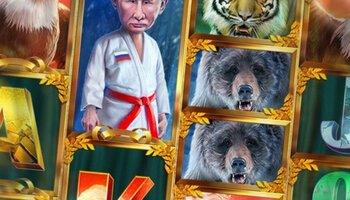