Things look far more interesting in games in which a cryptex is involved and Turn Your Fortune is one of those games.

This is a game by NetEnt that may not appear as it is very much fun to play, but players may be in for a surprise. The reel set consists of four rows and five reels that spin across 40 paylines, but this is one of two elements in the game.

The cryptex on the right is a wonderful contraption that can click into winning outcomes across multiple levels, which makes winning outcomes possible both on and off the reels. The biggest prize that can be won by reaching the ultimate level on the cryptex is 2,000x your bet.

The odds of getting there are naturally quite low, but I am pleasantly surprised by the structure of payouts which can soar as high as 150x on the first level. Turn Your Fortune isn't only mechanical devices, as the gameplay is punctuated by some neat video transitions and a set of pretty symbols.

This is the type of a game that may not have an immediate appeal to the general public, but there is more to it as you may find out with a couple of dozen spins on it. If it has slipped under your radar, I recommend checking it out, at least with the lowest bet of 20p.

I am not exactly sure what the theme of this game represents. It appears to be a showcase of tediously crafted brooches or pins or cufflinks. Fashion statements aside, NetEnt has imbued each symbol with a glowing property for each winning outcome, as they appear to have been dipped in pink gold. It's pretty, I must say, and has a cryptic look and feel to it which is in perfect unison with the cryptex cylinder and the keys that unlock it and are part of the paytable.

There is another element to the gaming experience here - the music. I am impressed by the length this company goes to in order to create a perfect ambience. The musical theme parallels those beautiful cinematic pieces that follow the events of a good thriller film. Overall, just a splendid display of sound and graphics, so much so that it removes any doubt that NetEnt is offering this game as a filler.

There are two paytables in the game - one for the symbols and the other for the cryptex levels. The latter is far more exciting than the payout structure for the symbols, where three matching royal cards pay only between 0.25x and 0.5x your bet and four of a kind outcomes pay between 0.5x and 1x.

Over to the high-paying brooches, we have a maximum payout potential of 10x your bet for five lion symbols. That doesn't sound like a lot for the most valuable symbol on the paytable, and you may assume correctly that the remaining symbols waver between low and medium-ish payouts.

But, NetEnt has ensured to tell a different story on the reel set because it is possible to land winnings that count more than five matching symbols and this is base game payouts only. Considering how much the payouts can increase at the end of either of the extra features, the paytable goes into the second plan.

Turn Your Fortune was only released in 2019 so it is still a fresh game. The game gets tough competition from Red Tiger’s Golden Cryptex, which also has a respin feature, but I think NetEnt’s game has a slight edge thanks to the low to medium variance - versus high on the other game, and the substantially greater max win potential leaves things up to the imagination.

Play Turn Your Fortune for free

Browse casinos with Turn Your Fortune and other slots from NetEnt. Create an account and try the game for free before making a deposit.

You can play Turn Your Fortune in English, Finnish, Swedish, German and 20 other languages. 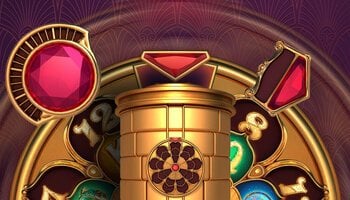