Twin Happiness is a slot that is named for and modelled around the primary feature it has: two or more stacked reels every spin!

Created by developer NetEnt and released in 2019, Twin Happiness is a brand-new slot. Maybe that’s why I expected something a little more than what Twin Happiness turned out to be, but let’s go over the game and see what exactly it entails.

The game is based on Chinese culture but other than the music and two of the symbols it doesn’t really show. The background is a rather simple red wall with two lanterns which also give the impression of China, but besides that, there is very little giving away what the slot is supposed to convey.

It reminded me of Stickers in many ways, this slot also has very little going on in terms of theme and looks. Then there’s Dragon’s Luck by Red Tiger which also looks very simple and is inspired by Chinese culture, although it did manage to inject some more personality into itself.

As usual with NetEnt slots, the game looks fine. The symbols are clear and different enough. The soundtrack fits the slot too with some generic Chinese-sounding music. With a 5-reel, 3-row playing field and 243 ways to win, the game sticks close to the classic game experience as well.

The symbols are lightly animated when they’re part of a payline, especially the higher paying symbols. I thought that looked alright, but the symbols are still very basic.

Twin Happiness is a very simple slot, even when compared to other classic slots. There really is only one feature to speak of, and it dominates most of the game. Luckily it’s not a bad feature, so I don’t think it ruins the game, but if you’re looking for a slot with a lot of different features or a bonus game you won’t find it here.

The listed features are:

The main feature is the linked reels, which is something I don’t see a lot. There are always at least two reels on the playing field linked, which means they both show the exact same symbols. They aren’t stacked reels where each reel is filled with a single symbol, however.

It’s possible for the linked reels to expand to include up to all 5 reels. Because of this, I found the game to have a High Volatility because otherwise wins would probably become too common. Meanwhile, the lower-paying symbols have very low value so getting those even with the linked reels feature does little in terms of funds.

Players are able to bet between £0.25 and £125 per spin which allows them to take appropriate risk. A max. win of 9,720x your bet is quite a substantial amount as well. I thought the game didn’t offer enough excitement for its high volatility because even with linked reels, it wasn’t terribly common to get a win. Since there are no other features, it made it feel rather lacklustre.

Twin Happiness is one of the newest NetEnt games, but I wouldn’t have guessed it if I only saw it appear randomly on my list of slots. There is barely any personality to the game, the feature is very basic, and there is almost no attention put into the design of the game. Even the soundtrack, although it sounds fine, is uninspired.

Classic slot players might get something out of this game, but even then there are other slots that stick better with a given theme. I found the randomness of the symbols quite distracting and watering down the theme of the slot even further.

If you’re someone who enjoys slots that are the pinnacle of what’s possible when they come out, Twin Happiness is about the opposite. It won’t have any exciting intros, no animations, not even a beautiful background to look at. The lack of bonus games or special features also doesn’t help.

Are you someone who’s looking for a simple classic slot with a single rare feature, then you might enjoy Twin Happiness. Otherwise, I would suggest you keep looking!

Browse casinos with Twin Happiness and other slots from NetEnt. Create an account and try the game for free before making a deposit.

You can play Twin Happiness in English, Finnish, Swedish, German and 20 other languages. 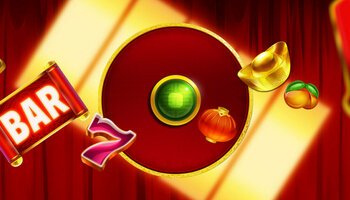