Ultra Hold and Spin takes all the classic elements of a fruit machine and slaps the Reel Kingdom Ultra design on it.

The Ultra series is Reel Kingdom’s family of classic slots that Pragmatic Play publishes. If you have already played Ultra Burn, you know what to expect. This is that same game with one extra feature. They say that the developer has over 100 years of combined experience in online gaming, but judging by these slots, I’m not convinced.

Ultra Hold and Spin was released in September of 2020 and it felt old the day it came out. If I didn’t know better, I would have guessed it was an updated user-interface on a decade-old game.

Just to be clear, this slot isn’t all bad. The Hold and Respin Bonus feature is actually pretty interesting. I just wished they had made the rest of the game like that.

Well, this game is an experience. I wasn’t sure what I was expecting, but this sure wasn’t it. I’m starting to think if this game is so bad that it’s good, or just plain bad.

Let’s start with the flames. There’s a lot of them and they are almost completely static. So don’t expect any kind of nice animations from the background, texts or any major visual elements.

Next, let’s take a look at the reels. The game is trying to look like an old fruit machine with mechanical reels, but does it poorly. There’s no proper animation on the reels, the symbols just move up and down. It doesn’t look at all like there are actual reels spinning. And let’s not forget about the symbols. They are all cheap stock images with no personality. Some of them are even oversized and barely fit the reel.

When it comes to the sounds, Reel Kingdom did a bit better job. The reels make a mechanical clank and generally the game sounds okay. The sound effects are stock sounds, but they aren’t bad. And then there’s the music. The base game has no music at all, but wait till the bonus feature starts. That’s when the second-rate dance beat drops.

This slot is simply a joke and I can’t help but laugh at this.

The game features a selection of classic symbols. You got your sevens, stars, oranges, plums, cherries and so on. There are nine regular and two special symbols in the game.

The paytable is an interesting one. The wins start to climb up pretty fast and the high-paying symbols are worth a lot. This is then balanced out by the fact that most of the time you won’t get anything. The volatility is high and you will either win a lot or not at all.

First special symbol in the game is the wild. This is a good one, as it can expand to fill the entire reel. This can lead to some nice hits. The second special is the coin, which is an instant cash prize. These appear only on reel three and can also activate the bonus feature. That feature is basically the only reason why you would want to play this game, so try to land those coins.

The game has a turbo mode, which is pretty useful. There isn’t much to look at here, so slamming through it as fast as possible was the best option for me. Especially when you can easily play 20 rounds with no wins.

The middle reel has a little extra on it. If you get a coin on the reel, you will win a cash prize from it. The sum is shown on the symbol and it can be up to 20x your bet. There are silver and gold coins, of which the gold ones are more valuable.

The coins are worth money, but they can also activate the bonus feature. If you get the whole middle reel full of them, you start up the Hold and Respin Bonus.

All the regular symbols fade away and the middle reel is locked in place. You now have four attempts to get more coins on the reels. Every time you get at least one, you will reset your hearts and get to start over again. Keep an eye out for the elusive diamond symbol, which only appears during this feature. It is worth 500x your wager.

After testing this slot, I had one question on my mind: who thought that this was a finished product? It all seems so hastily put together that I just can’t seem to wrap my head around it. It’s like one of those Friday afternoon projects that you shoddily put together so you can call it a day.

The game does have potential. The bonus feature is interesting and fun. It just isn’t enough to carry the rest all by itself.

It’s fairly obvious that I won’t be going back to this game. There are plenty of better options when it comes to old-school slots. This is a pound-store slot, a gag gift you would give to your mates just for laughs.

Browse casinos with Ultra Hold and Spin™ and other slots from Pragmatic Play. Create an account and try the game for free before making a deposit.

You can play Ultra Hold and Spin™ in English, Finnish, Swedish, German and 18 other languages. 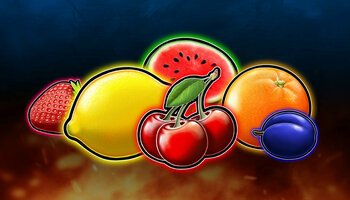