Victorious is set in the glory days of the Roman Empire when their legionnaires marched through Europe. An excellent art style combined with exciting features is sure to be victorious.

This game was originally released in 2012 by developer NetEnt who seemed eager to inject some history into their slot. They picked a great topic in my opinion, the rise and expansion of the Roman Empire. This all happens within a 5-reel, 3-row playing field with 243 paylines.

Victorious is filled with beautifully-drawn images, showing different types of characters that are in some way involved with the Roman thirst for more power and land. The style reminded me of comics, which means realistic but not overly. Instead, it focuses more on a sense of style and action.

The soundtrack is suitably fitting, not being overbearing but still present. Getting a win triggers a triumphant short jingle. Other than that, the game doesn’t go overboard with its sound effects.

The symbols aren’t really animated although they do jump out when they’re part of a payline. This makes it easy to see what kind of wins you got. I would have liked some more movement in the slot but considering its age they kept it looking relevant.

Victorious has only a few features that change the base gameplay and only in rudimentary ways. If you’re someone who has played slots before, you’ll have seen these type of features before.

It’s a very basic collection of features that are popular for a reason because they work very well together. Wilds are always a welcome addition to any slot while the free spins offer players an opportunity to increase their winnings. Often this mode is also where a player gets the big win.

With the game’s High Volatility the wins were pretty rare but on the opposite side, I had the idea that the Free Spins mode triggered very regularly. Even though it requires 3 Scatter symbols on consecutive reels to count, it happened often and with a minimum of 15 free spins all with a 3x multiplier it sometimes really added up. It’s even possible to win additional free spins during this mode.

Unfortunately, they don’t really change the outlook of the game when the free spins mode starts. It does have a short intro cinematic which I liked but the background seems to be only slightly zoomed in on the original background.

Victorious takes an original concept and moulds it into the classic slot format. It does it well in my opinion, bringing no surprises but keeping things quick and easy. The slot is filled with attractive art and supported by a capable but low-key soundtrack.

Players have the option to choose a bet between £0.25 and £125 per spin which gives some flexibility in deciding how much they want to play the slot’s high volatility. A max. win of 1,500 your bet does seem rather low compared to other slots with similar volatility.

I remember playing this game years ago and being especially happy with the chosen theme. I think more slots should use classical events as inspiration for their games. It feels that too many game providers stick to themes like the Vikings and Ancient Egypt while there is so much more to explore.

That said, Victorious only scratches the surface with some symbols and background. Maybe a special bonus game could have brought home the sense of being part of a Roman Legion spreading across Europe.

If you’re looking for a slot that stays close to the classic experience but has all the comforts and popular features a modern slot should have, Victorious is for you. It is a solid game with nice graphics but it avoids making things too complicated.

Browse casinos with Victorious and other slots from NetEnt. Create an account and try the game for free before making a deposit.

You can play Victorious in English, Finnish, Swedish, German and 20 other languages. 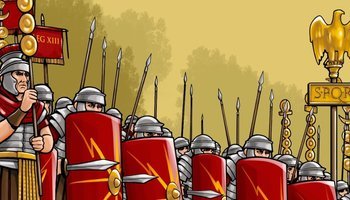