What the Fox Megaways slot review

Play What the Fox Megaways

What The Fox Megaways is a video slot that is seemingly inspired by either the rude saying, the movie Majestic Mr Fox, or maybe the famous song. Whatever the case, this slot is focused around a fox as we play on a megaways screen with wilds, free spins and cascading reels.

This game was developed by Red Tiger and released in 2021, making it one of their newest slots and showing off the studio’s abilities at this point. What we get is a rather interesting-looking game that has a few nice details but also lacks some other ones. The game revolves around the 6-reel playing field. With the Megaways feature, each reel has a random length on every spin.

Due to this, the game can have between 64 and 117,649 paylines, depending on the size of each individual reel. Most of the time, it will land somewhere in between. There is a Megaways counter in the top right corner of the game that will constantly show the current number of possible win lines to keep players informed. When it comes to its appearance, I thought the game was a bit bland. The fox appears several times and looks pretty good, but the rest of the slot looked too generic.

There are some nice animations that can be found as the game continues, mostly connected to the fox that appears as a stacked wild. The other symbols are static, the only animation playing whenever there’s a win. At that point, the cascading reels feature is activated and the symbols simply drop away. I would have liked to have seen a bit more movement on the screen, as I feel it would have conveyed the energy a bit better.

What The Fox Megaways uses a number of simple symbols to fill the reels. There are some original images that are used as high-paying symbols. These include stacks of cash, a car and dice. The connection to the titular fox is still not clear to me at this point, but the images are clear and detailed. Meanwhile, the low-paying symbols are simple card letters that seem to somewhat resemble neon signs without the neon.

With the large number of different potential paylines, the payout for a single win is very low. As a result, the game has High Volatility. I felt this volatility all the time, losing funds over time rather consistently and only hitting the free spins mode allowing me to make back most of my losses. This still depends a lot on getting organic wins during this mode which might not always happen. I felt the game might have been a bit too harsh and I ended up with my funds a lot lower than at the start.

Players can deal with this volatility a little bit by changing their bets between £0.10 and £10 per spin. In my experience, this didn’t really help as I played with a medium bet most of the time, and I still kept losing quite handily. On the other hand, the game offers the prospect of a maximum win of 10,000x your bet that might convince some players to keep going.

What The Fox Megaways does include a fair number of features so let’s get started:

Most of the time, you will play the base game since getting the free spins mode is very difficult. I would have it trigger every few hundred spins, which would then often win me back most of the funds I had lost at that point. At the start of the free spins mode, the player spins a wheel that will determine the number of free spins and the starting multiplier count.

During the free spins mode, any wins will increase the multiplier count by 1. This count will apply to all subsequent wins for the rest of the mode. I found this mode to be rather volatile on its own, since the wheel could give you a very high or a very low multiplier, having a huge impact on how much you could win during the mode. Especially considering the difficulty of activating it, I thought it was too random.

What The Fox Megaways brings a rather confusing mix of different ideas together into a slot that is at least original. The setting and theme are barely expanded upon, never really explaining what the title of the slot means. It also never became clear to me why there is a fox at all, and why they seem to be successful businessmen. I thought the idea behind the game was never explained properly.

The gameplay on the other hand is solid. Players that are familiar with the increasingly popular Megaways feature will have no problem getting adjusted to this slot. I did wonder why it has a cascading reels feature since that didn’t add anything to the gameplay. Players don’t receive bigger wins or unlock features if they have a series of wins this way. Instead, it only acts as a separate feature. Maybe having it tied to unlocking the free spins mode would have helped.

Overall, the game feels good and interesting even though its setting is a bit weird. There are a number of different features included in the slot but they work well together. If you can get past the high volatility, it will likely keep you entertained for a long time.

Play What the Fox Megaways for free

Browse casinos with What the Fox Megaways and other slots from Red Tiger. Create an account and try the game for free before making a deposit.

You can play What the Fox Megaways in English, Finnish, Swedish, German and 18 other languages.

What the Fox Megaways supports GBP, EUR, SEK, NOK and 7 other currencies. 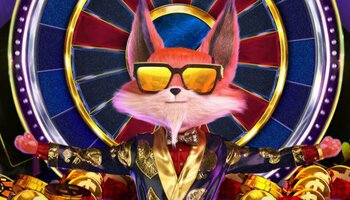