Who Wants To Be a Millionaire™ Megaways™ slot review

Play Who Wants To Be a Millionaire™ Megaways™

If like many others you’ve always missed your chance to compete in the actual TV show, the slot version is a highly enjoyable experience. The game has managed to bring the excitement of the original concept to the slot and, like in the TV version, you do have the chance to become a millionaire.

Who Wants To Be A Millionaire is one of the BTG’s Megaways slots, meaning that it can have up to 117,649 paylines. On top of this, the free spin feature starts only after when the player gets up on the stage and plays the legendary game. Will it be the audience who saves the day, or does your friend on the phone have the right answer?

What to say about a slot that’s in every aspect so similar to the globally known TV format? If you have ever seen the TV show or caught just a glimpse of it, there’s very little surprising you in the game on the theme’s side. Both the visuals and the audio is more or less extracted from the respected program - though there’s no actual audience watching your every move.

I think Big Time Gaming succeeded nicely with the graphics, the sound and the music are (of course) directly taken from the show. However, I think the symbols are a bit of a missed chance, because they could’ve also been more loyal to the theme. Instead, now they’re just the same gems and letters which can be seen in many of BTG’s slots.

Who Wants To Be A Millionaire also has the limitations of the BTG’s interface, which I think hasn’t been updated in years… Or never. It’s old-looking, clumsy and doesn’t have the options for making the spins quicker or skipping the lengthy animations during big wins and the cascading reels.

Who Wants To Be A Millionaire slot has a changing number of paylines, but always at least 64 and a maximum of 117,649. The paylines go from left to right and winning symbols get replaced with new symbols until no new winning combinations occur.

There are six reels in total. There’s also an extra horizontal reel under the reels 2, 3, 4 and 5. This extra reel works like a conveyor belt, bringing new symbols from right to left and granting an additional symbol to the above reels.

One reel has a minimum of 2 and a maximum of 7 symbol spots. The number of symbols on the reels change with every spin.

In the bonus game, you get to sit in the hot seat in front of the viewers. The pressure is on; choose your answer with the help of either a friend, the studio audience or having two wrong answers removed. You start the game with at least 8 spins, depending on whether you landed more than three Scatters in the base game.

If your answer is correct you may advance one step on the scoreboard. Each step grants more free spins, but beware - if you answer wrong, you lose the bonus game and do not get any free spins. There are exceptions though; by getting to steps 10 and 20 you’re guaranteed to get 10 or 20 spins even with a wrong answer.

Before answering you always have the option of walking away. If you choose this, you get to play the number of free spins you managed to collect.

The free spins work basically just like the base game, but this time every time the cascading reels feature gets triggered the win multiplier grows by one.

During the free spins, every time the winning symbols are replaced by new ones the win multiplier increases by one. There’s no limit for the multipliers, so they keep on growing with the cascading reels.

Who Wants To Be A Millionaire is filled with teeth-gritting excitement, delicious possibilities and big wins. Like the original concept, the slot is also a high-risk game so it’s recommended to keep your cool when playing slots with high volatility.

Even though BTG has done a decent job converting the TV show into a slot, I think some other provider could have done it better. At least the UI would definitely look nicer and more modern than it looks now. It still could have also been a Megaways slot, since the license can be acquired by other game suppliers.

In any case, the bonus and the free spin feature are the best traits of the slot. I did find it hard to get the bonus triggered, but hey, not everyone in the show gets to play the main game, either. The bonus game is where everyone needs to ask themselves how big of a risk they’re ready to take. The audience isn’t always right, nor is the friend on the phone. The third of the lifelines, 50:50, is no question the worst of the possible choices to get selected.

In my experience, it’s better to be safe than sorry. I’m usually very happy with the bare minimum of the free spins, rather than aiming to get higher on the scoreboard.

For those who love Megaways slots, Who Wants To Be A Millionaire is a very probable hit. But being a slot from Big Time Gaming, I would’ve expected seeing something a bit more innovative.

Play Who Wants To Be a Millionaire™ Megaways™ for free

Browse casinos with Who Wants To Be a Millionaire™ Megaways™ and other slots from Big Time Gaming. Create an account and try the game for free before making a deposit.

You can play Who Wants To Be a Millionaire™ Megaways™ in English, Swedish

Who Wants To Be a Millionaire™ Megaways™ supports GBP, EUR, SEK, CAD and 2 other currencies. 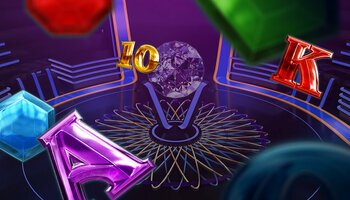