Who Wants to be a Millionaire Mystery Box slot review

Play Who Wants to be a Millionaire Mystery Box

One of the most iconic quiz-shows crosses over to the slot side. Who Wants to Be a Millionaire is a 5-reel, 3-row slot that uses the 243 Megaways system.

The design is clean and precise to the point it almost feels sterile. In the background, there is the familiar Millionaire stage. The music, of course, is the repeated theme tune which does get a bit tedious the more you play.

However, the FX work well and I like the animation that pops up whenever a win greater than your bet happens.

Whenever a win is registered, the tiles will flash according to the primary colour of the tile. And if the win is larger than the bet amount an animation will also follow.

To enter the bonus round 3 or more Millionaire scatters need to appear on the reels. With 3 scatters there are 7 free spins up for grabs. Get 4 for 12 free spins whilst 5 will award 20 free spins.

The wild appears on reels 2, 3 and 4. It substitutes for all symbols apart from the scatter. All wins are doubled when the tile makes an appearance. But something you will get more than 1 Wild and this is where some big wins can happen.

Just like the scatter, mystery boxes appear on reels 2, 3 and 4. Once the reels stop the symbols for each box are then uncovered. Multiple mystery boxes will hold the same symbol.

For every win, a ‘gamble’ feature will appear. Clicking this will take you to the double or nothing game. If you win the round the money is doubled and you can go to the next round up to 5 times. However, if you lose you walk away with nothing.

Who Want to Be a Millionaire is a plain and simple slot. In fact, it has the simplicity of NetEnt’s Starburst which is what some players look for.

There aren’t too many features to look out for bar the bonus round and the wild multiplier. However, the 243 Megaways engine means you will see a lot of wins happening. These are all on the smaller side and most of them will be under the bet value. But every so often there will be wins hovering around 5x.

What was disappointing was the mystery box feature. Since it is also included in the name of the slot I thought it was going to be an important feature. However, this doesn’t add much to the overall game. The mystery box rarely appeared and when it did it was so disappointing.

Keeping all this in mind, the RTP value of 96.64% and the variance set at medium, make this game a good contender for a wagering slot. Other than that, I just couldn’t get excited about this slot. When I think of Who Wants to Be a Millionaire, what I think of is multiple choice. And if that element was somehow included here, I’m sure this game would have had more oomph.

Play Who Wants to be a Millionaire Mystery Box for free

Browse casinos with Who Wants to be a Millionaire Mystery Box and other slots from Big Time Gaming. Create an account and try the game for free before making a deposit.

You can play Who Wants to be a Millionaire Mystery Box in English, Swedish

Who Wants to be a Millionaire Mystery Box supports GBP, EUR, SEK, CAD and 2 other currencies. 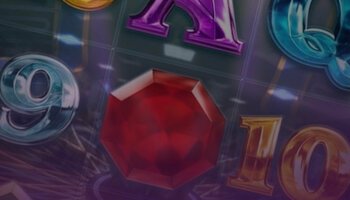