Get ready to make the deal of your life exploring the Wild Bazaar of the Orient! In this 2018 slot game by NetEnt you get to dig the treasures of a colourful stall. Finding matching chests might really get the money tap flowing!

Wild Bazaar is a bit of a mixed bag. It’s a simple slot until three or more same-coloured chests land on a winning line. At that point, just about anything is possible. With chests come the Wilds with various features, and lucky ones might get every reel filled with golden W signs.

However, Wild Bazaar can be as tricky as it is nice-looking. With high volatility, the chests might sometimes be hard to acquire, and thus the big wins stay just outside of your reach.

NetEnt usually does a smashing job with their game graphics, and I think with Wild Bazaar they succeeded beautifully. The slot looks like a stall in a busy market, which reminds me of some of the scenes from the animated film Aladdin. The items in the stall are jewellery and mysterious chests, and as a tourist, you, of course, try to get out with a bargain!

The look and feel of Wild Bazaar are delivered just right. Behind the stall, the sand is gushing with the wind, and on the counter of the stall is a small radio blasting Indian-style music.

Above the reels is a row of small, empty slots, which are styled like the ornaments on the play button. These slots are filled with gems you’ll find inside the chests.

Wild Bazaar is a slot game with five reels, four rows and 26 paylines. To win, you need to get at least three matching symbols on the same payline from reels 1 to 3.

The game has no natural Wilds. Instead, they need to be activated by landing three or more identical chests on a payline. Theoretically, the game gives the best payouts if you manage to activate all of the four available Wilds. The most important is the blue chest, which activates the 2x multiplier.

When at least three same-coloured chests land on the winning payline, the game activates as many re-spins, with the respective Wild. Red holding the stacked Wilds, blue having the colossal Wilds etc.

It’s possible to get more re-spins by collecting more chests. If you manage to land three or more chests with different colour as the ones that activated the re-spins, the feature of that Wild is added to the already occurring Wilds. Resulting Wilds that are, for example, stacked and colossal.

Wild Bazaar is some serious eye candy. I love the graphics and how I can almost smell the exotic spices and hear the people behind the bazaar stalls calling me to step closer. But, despite looking gorgeous, Wild Bazaar is also a highly volatile slot which is why I have a sort of love/hate relationship with this game.

On some rare days, it feels like the chests can’t stop filling the reels. Then there are the usual days when landing even just three chests seems impossible. Even though the latter is, obviously, the more likely scenario, I still like this slot. It’s easy to play and to enjoy, even if the luck isn’t on my side.

The features of Wild Bazaar are nice, but I still wouldn’t mind seeing an actual bonus game with free spins in it. Or some sort of possibility to raise your odds to get the chests.

Browse casinos with Wild Bazaar and other slots from NetEnt. Create an account and try the game for free before making a deposit.

You can play Wild Bazaar in English, Finnish, Swedish, German and 20 other languages. 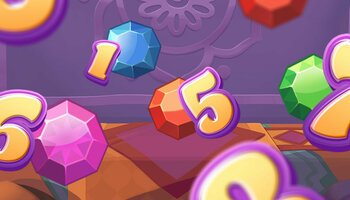