Wild Jack 81 is a simple Wild West adventure that puts a set of fruit symbols under the scorching prairie sun. The game unfolds on three rows, four reels and seven paylines - which don't always remain at that number.

Besides lacking a heartbeat, the game doesn't do well with the visual design either, a factor that may turn many players away. That is unless you are reading my review and are just finding out about the maximum exposure of 2240x your bet.

The background of a prairie makes it known that Wild Jack 81 is set on a ranch. The game is about Jack, who is the game's wild symbol that can turn a regular winning outcome into something more substantial, but more on that shortly.

There really isn't much to say about the graphics. The symbols are drawn in a very basic way and win outcomes aren't marked by any visual effects. In all due respect, I find this one of the blandest games on Wazdan's catalogue.

On the other hand, the game was meant to appear as a commonplace classical pokie - one that players don't bat an eye at on the casino floor, in favour of games that are 'loud' and have a poignant visual appeal. The reason why some players like Wild Jack 81 is the big win potential.

Wild Jack 81 has only one extra feature that can be found across a few other slots by Wazdan, including Dino Reels 81.

Wild Jack 81 plays on three rows and four reels, so each payout has to include four matching symbols or a combination of that symbol and the wild.

Three fruit symbols and the bells comprise the minor payouts, which are 1x and 2x your bet. The stars, the sevens and the BAR symbols pay 8x, 10x and 12x respectively. Big payouts are made with the bulls and the wilds at 60x and 120x your bet.

Since the option to choose the volatility level is not included in the game, Wild Jack 81 has been given a medium volatility. I had both small and medium payouts occur, but it is hard to pinpoint the hit rate.

At times, the game can have these wild swings that have resulted in several good payouts, followed by near-misses, and then few small wins, and so on. Maybe this is the reason why some players like it. This kind of unpredictability could possibly lead to payouts that lean closer to the 2240x maximum.

Browse casinos with Wild Jack 81 and other slots from Wazdan. Create an account and try the game for free before making a deposit.

You can play Wild Jack 81 in English, German, French, Spanish and 6 other languages. 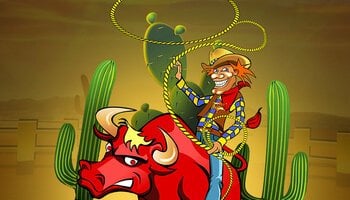