Some of the fruit-themed slots out there can offer very little in terms of visual experience and for that matter, these verge on the fence of being playable.

Wild Jack is a watered-down version of Wild Jack 81, but the payout potential isn’t half bad.

The maximum that players can get on this game from a matching-symbol win is 160x, however that outcome can rise to 480x your bet, thanks to the lone extra feature.

Players who are familiar with slots by Wazdan may be aware of a game series with the 'Jack' character, who usually appears as the wild symbol. There isn't really a defined theme for this game. If I say it's a Wild West theme, that would be only in superficial terms, because the symbols on this game are fruits, sevens, bells and stars.

The graphic design isn't anything special. The symbols are drawn in a very basic way, but for some reason, I am quite OK with that. Overall, Wild Jack is a classical fruit slot that does well what it's supposed to:

Lo and behold, here is another three-reel game with no extra features. Not all is lost upon the gaming experience on Wild Jack because there are few tidbits that can contribute to both winnings and a satisfactory playing dynamic.

With 14 symbols, Wild Jack has an unusually cluttered paytable for a three-reel, three-row game. The low and medium-paying category of symbols includes no less than 11 different symbol kinds that can pay 1x, 2x, 4x and 8x your bet.

The three high-paying symbols are BAR, the red bull and Wild Jack. These pay 40x, 80x and 160x your bet, respectively. Landing a ‘wall’ of symbols, which means nine of the same kind across the reel-set, produces a 3x multiplier on the total win.

Bets on Wild Jack start at 10p per spin, while the maximum bet is £40.00. This Wazdan game doesn’t enable players to choose their own volatility level, which comes fixed on medium. The theoretical return to player (RTP) is 96.25%.

This is one of those games that are straightforward in what they do. As can be expected, most of the payouts that occur in Wild Jack consist of low-paying symbols. On a more positive note, there are eleven symbols in this category that can pay amounts between 1x and 8x your bet, which I find pretty impressive.

Another detail worth noting is that the 27 ways to win system works excellently with the wild. Since wins occur regardless of the symbols’ position on the reels, a single wild combined with the right set of symbols can generate multiple wins from a single spin.

Overall, I played this game just to get a feel of its random number generator. The possibility of all nine positions getting filled with the same symbol is a rare event, so the element of surprise may be worth it just for the kicks of it.

Browse casinos with Wild Jack and other slots from Wazdan. Create an account and try the game for free before making a deposit.

You can play Wild Jack in English, German, French, Spanish and 6 other languages. 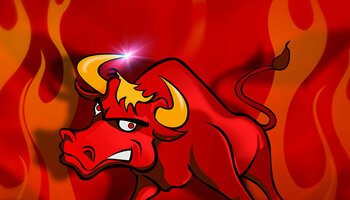