Wild Toro 2 is the obvious successor to the first one, where we were introduced to the age-old duel between a bull and the bullfighter. In this slot, the game shows us what else we can expect from this fight as we deal with walking wilds, re-spins and expanding reels.

This game was released in 2021 after being in development by Elk Studios, who also made the first game. As such, we can see a lot of details that have remained the same. The matador or bullfighter has the same appearance, and even the bull looks similar. It did feel like the artwork was updated, to prevent it from being exactly the same. The game itself operates on a 5-reel, 5-row playing field.

Since the game has an expanding reels feature, the number of paylines can go from 259 to 502 paylines as the reels expand. When the player gets a win the winning symbols are highlighted and a red cord shows the paylines. This also illustrates the use of animations to bring the game to life. The Wild with the torero on it is slightly animated as well, moving his face as the wild slides across the screen.

When we switch on the music we can hear a soundtrack that is clearly inspired by Spanish songs. The trumpet is very present, but we can also hear both a female and male singer and various other instruments. As a result, the music sounds very fitting and brings the setting to a new level of immersion.

Wild Toro 2 makes some attempts to give the slot a distinctive look but unfortunately, it still leans heavily on some standard ideas. The low-paying symbols are all card letters. Although they have been originally designed with coloured ribbons, they still do appear as regular letters. That took me out of the setting a bit. The high-paying symbols are mostly different coloured coins and some random pieces of fruit and flowers. I wasn’t really sure how that was connected.

Both the matador and the toro act as wilds, each with their own animations. They also add some movement to the screen as all wilds are walking. The game is built around High Volatility, meaning that players should expect to go quite a while without any wins. Even when they do get a regular win, it’s not likely to be very big. The RTP is listed as 95% which is considerably lower than most other slots.

Players who choose to try this game can pick a bet between £0.20 and £100 which is pretty standard. It allows both normal players and high rollers to bet as much as they feel comfortable with. As always, I suggest starting off with lower bets to see how the game feels before deciding to increase it. Meanwhile, the max. win of 10,000x your bet is obviously a very good incentive to keep playing.

Wild Toro 2 relies heavily on its special features that include walking wilds and multiplier wilds. The idea was included in the first game as well, where the toro wild will charge the matador wilds and leave wilds in its path. This can potentially increase a large number of wins but it is never guaranteed.

There is no free spins mode and instead, the player will look for the special wilds that appear on the screen. This happened quite frequently while I was playing. The game still requires the stars to align somewhat to profit the most off of the different features.

The most important feature is the wild itself. Whenever they appear, they will start to walk to the left. Every spin they are on the screen will trigger a re-spin at which point the wild moves one reel to the left. There are 3 types of wilds, the silver Matador, the gold Matador and the Toro.

The Silver Matador is the simplest version, which will trigger a re-spin when it’s on the screen and move to the left. The Gold Matador has a multiplier attached to it and every time the matador moves, the multiplier increases by one. The Toro or bull is a wild that operates the same as the other wilds, except when they appear on the screen too.

If both a Toro wild and any Matadors are on the screen, the Toro will run at them to knock them off the screen. This will leave behind wilds on the trail the Toro follows. The Toro will also absorb any multipliers and add them to itself. Then it will continue walking with every re-spin. In my experience, this should be a way to get a big win but when I played it was always a bit disappointing.

Wild Toro 2 is a worthy successor of the original. It improves on the ideas a bit and gives the game some new features to work with. The end result is a fun game that is very colourful and beautifully animated. The whimsical nature of the original is also well maintained.

I thought the features were a good mix of new and old, with the walking wilds being the most important part. The fact that the reels expand as wilds appear on the screen helps the likelihood of getting a win. However, the game only truly shines when all types of wilds appear on the screen at the same time. This prove to be very hard and I only had it trigger a handful of times.

This makes the game something that requires a lot of time. Players with deep pockets will likely have a better shot at getting a big win simply because they can play longer. If you can only afford a few spins, either because of your funds or a lack of time, this might not be the game to try as it definitely awards persistence.

Browse casinos with Wild Toro 2 and other slots from Elk. Create an account and try the game for free before making a deposit.

You can play Wild Toro 2 in English, Finnish, Swedish, German and 19 other languages. 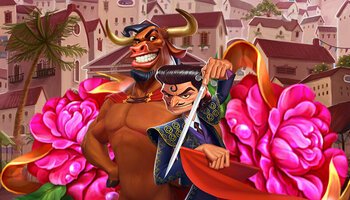