Wild Worlds envisions a world where we are aided during attacks by dangerous aliens by special new superheroes: birds! We follow them as they explore distant worlds, defeating enemies and gathering big wins.

This slot came out in 2019, released by developer NetEnt, and it shows. The game looks amazing, using some of the newest techniques when it comes to visual fidelity and gameplay techniques. It’s staggering how much detail they can inject into a slot these days and I think Wild Worlds is one of the best examples of this.

The game puts you in the shoes of a trio of bird superheroes that spend most their time in a special headquarters overlooking a futuristic city. On the side is the main gaming area, a 5-reel, 5-row playing field with no paylines. Instead, the game looks for horizontal and vertical lines of similar symbols. 3 or more results in a win.

Occasionally you and your team are transported to 1 of 3 special Wild Worlds that house some dangerous monsters the superheroes have to defeat. Here, the game turns into something like a classic beat-em-up where the three heroes try to deplete their opponents’ health bars. I’ll talk about that in-depth later.

The soundtrack has the same high quality that I expect from NetEnt, with a chill beat during the base game and some actual battle music that thumps through your speakers during the free spins mode. As the characters use their special moves and attacks you’ll hear them shout and scream, while the monsters all have their own sound effects as well.

The game is made up of a special playing field that looks for rows and columns of symbols. It means that it won’t need as many symbols to fill the reels since matching combinations are a little harder to come by. NetEnt did make sure to fill the game with unique symbols that all stay in the style of the setting.

Since all the symbols have their own distinct colour and shape it helps keep things clear. There is also some action related to the different colours. For example, 1 of the 3 heroes can randomly activate their power during the base game, removing all symbols except for their own colour from the screen. This helps create winning combinations.

The symbols themselves are pretty basic compared to the rest of the game, but I thought they help keep the game clear. If they had made the symbols as highly detailed as the background and the characters, it’d become difficult to tell what’s what.

As can be expected from a NetEnt slot, the game is filled with special features. In Wild Worlds, the biggest surprise is easily the free spins mode which brings us into a completely new world with special challenges.

An overview of the features first:

The base game is already quite extravagant. Not only is the screen shared between the playing area and the 3 superheroes sitting behind their desk. The symbols drop down in an animated fashion, win lines blink and the symbols explode before more symbols drop down. Occasionally, you’ll see a giant monster lumbering through the city or one of the heroes using their special power to manipulate the game.

It doesn’t really kick off until the free spins mode starts. This is where a special wheel spins to select which 1 of the 3 planets your team goes to. Each planet has their own aesthetic and enemies, as well as special Wilds.

The game turns into something of a beat-em-up, where the team has to fight special enemies. There are 3 Captains the team has to defeat first, adding a new Wild to the game as they do. If they’re successful they reach the Boss. The Boss has several weak spots. If all these weak spots are destroyed the Boss is defeated and the heroes visit another world.

This is all done with special animations, sounds and effects creating the sense that there really is a fight happening. During my time playing the free spins mode showed up semi-regularly and was almost always lucrative. It’s not only great fun to watch but also very satisfying to see your team defeat the different enemies and watch how the different Wilds work.

Wild Worlds is a crazy over-the-top adventure that shows NetEnt’s amount of skill and creativity when it comes to designing new games. Even just looking at the base game it already distinguishes itself greatly from many of the other games released now, with animated backgrounds, animated characters that react to the reels and even manipulate the game.

That’s before we even get to the free spins mode where it takes on a whole new dimension. I had great fun watching my heroes defeat the different enemies. It was all clearly communicated with health bars and power-up bars that filled or depleted as the game went on. I also felt like it was really worth it to get into the free spins mode, something other games sometimes lack.

Players can choose a bet between £0.20 and a massive £400 per spin. With its Medium Volatility, I felt that it was a safer choice to reduce my bet a bit. Meanwhile, the prospect of a max. win of 250x your bet isn’t that impressive but during my time playing I felt that a steady supply of wins was actually more lucrative and more realistic so I think it evens out.

If you’re the type of player that enjoys modern, inventive and flashy slots then you owe it to yourself to try out Wild Worlds. It easily made my Top 10 list for 2019 slots when it came out and I still enjoy it thoroughly now. People who prefer more low-key classic slots might want to try it out to see what they’re missing, but it’s unlikely it’ll give you the experience you’re looking for!

Browse casinos with Wild Worlds and other slots from NetEnt. Create an account and try the game for free before making a deposit.

You can play Wild Worlds in English, Finnish, Swedish, German and 20 other languages. 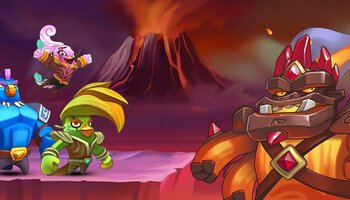