Can’t decide whether to play fruit machines and slots? Take the best of both worlds and you have a Win Win situation.

ELK Studios released Win Win in 2019 to a lukewarm audience. People just didn’t seem to be interested in the classics and I can’t say I was much different.

When I first saw this slot, I thought that this kind of a classic fruit machine is a bit out of line for ELK. They are usually known for their innovative designs, and not just padding their catalogue with mediocre games. Turns out that this slot is right up their alley, as it is a clever take on the traditional fruit machine.

Win Win is the amalgamation of old-school simplicity and modern mechanics. There is so much more here than meets the eye.

Win Win has a futuristic look to it, which juxtaposes the classic style of the symbols nicely. You truly feel like you have two worlds colliding in one single game.

ELK Studios made a daring choice when designing the visual composition. The reels have been shrunk to make way for other, some might say, less important features. For example, the info box that tells you what you won takes up a third of the height of the screen.

For me, these choices were spot on. The game only has three reels and it uses colourful and easily recognisable symbols, so they don’t need that much space. This also means that the info screen is now actually a useful tool.

When it comes to sounds and music, there isn’t that much to talk about. The game sounds somewhat generic in an okay way. The music has the same futuristic style with a hint of 80s in it and the sound effects fit the bill. They are all fine, but nothing you would remember five minutes after closing the game.

The game uses classic imagery in groups of three. The slot has three reels and there are three fruit symbols, three BAR symbols, three sevens and three special symbols.

The regular symbols are easy to identify and work just as you would expect. The game gets interesting when you take a look at the specials. The golden seven only appears on the middle reel and is required for the single biggest win in the game: 500x your wager. The bonus symbol is a scatter and three of them will activate the Bonus Game feature.

The last symbol in the game is the WIN. WIN will only work on reels one and three, and it needs to be on the Special Payline. A single WIN will automatically pay for both of the other symbols, a double WIN will hand out 10x wins and two WIN symbols and a golden seven is the jackpot.

That Special Payline is the reason why this slot is so interesting. It is fairly easy to get decent-sized wins from it and keep your bankroll in the black.

The other big feature is the Bonus Game. It is actually a free spin mode, where you spin until your multiplier drops below a certain point. If you are lucky, you can spin quite a few times before this happens. The multiplier can climb all the way up to 10x, so even the smallest wins can make an impact.

And let’s not forget the Locked Reel feature, which will freeze the outermost reels and let you re-spin the middle one three times for free. This one is always a nice surprise, as it can activate at any point if the conditions are met.

Normally all the paylines are worth the same, but that’s not the case in Win Win. The horizontal payline in the middle is known as the Special Payline and has a couple of neat tricks. You can get larger and easier wins with it.

The WIN symbols are the key to this payline. If you get one WIN on it, the payline will pay out a win for both of the other symbols just as if there were three of each. If you get two WIN symbols, the remaining symbol will pay out with a 10x multiplier. If you are really lucky and that symbol is the elusive golden seven, you win 500x your bet.

Locked Reels is an interesting one, and the feature I ended up enjoying the most. If the first and the last reel have identical symbols, they become locked and you get three free re-spins.

This feature can activate at any time, including free spins. The re-spins don’t technically count as free spins but can increase your multiplier if even one of them wins.

The Bonus Game feature is activated by the bonus scatter symbols. Just get three of them anywhere and the game is on. You can even use the Special Payline and the WIN symbols.

The Bonus Game feature is actually just free spins, but the amount is not set. When the feature starts, you are given a random multiplier. If you got two WIN symbols and a bonus on the Special Payline, you automatically start with a 10x multiplier.

When I first opened up Win Win without reading about it before, I was expecting something basic. Maybe just a pretty re-skin of a classic fruit machine. I couldn’t have been further from the truth. Sure, the slot uses the same classic visual elements, but it is much more complex.

Instead of playing maybe for a few minutes, I ended up sitting in front of this slot for a good while. The mechanics were intriguing and I just wanted to see everything the game had to offer.

The thing I ended up loving about this slot, is that you could win without activating most of the special features. Sure, the free spins were good, but they are not necessary. The Special Payline alone was able to boost my bankroll quite a number of times.

Browse casinos with Win Win and other slots from Elk. Create an account and try the game for free before making a deposit.

You can play Win Win in English, Finnish, Swedish, German and 19 other languages. 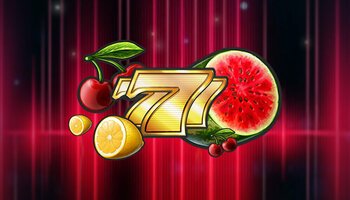