Zulu Gold seeks to bring the player into the dark heart of Africa where they are surrounded by wild animals as well as a lot of action. The game features cascading reels, multipliers and colossal symbols. Activating the free spins mode adds even more excitement.

The slot, which was released in 2021, was developed by Elk Studios. This developer has shown itself to be quite capable at creating some visually impressive games and this one is no exception. The African theme is obvious from the moment you start up the game. There are a lot of details hidden in the 6-reel, 4-row playing field as well.

When it comes to the gameplay, the game features a few interesting elements that actually impact the playing area. During both the base game and the free spins mode the playing field can expand upwards, adding additional rows. There are also random wilds that are added to the screen. I found this slot to feature a reasonable number of animations that help the game come to life, even though those animations aren’t as intricate as we might find in other slots.

I was glad to hear that the music fits the game perfectly. The music sounds like an authentic African song with a band and even a singer. This meshes well with the sound effects that play as the reels spin. The sound of symbols dropping down or exploding is toned down to mix with the music and winning plays a sound that fits perfectly.

Zulu Gold makes use of only original symbols that were developed specifically for this game. This means that the entire appearance feels very immersive. Where the high-paying symbols are the art of an explorer and a variety of animals, the others are made to resemble icons of animals or even generic shapes. Through the use of colour, everything does stay clear. I always appreciate it when a studio goes out of its way to develop symbols that enforce the setting or theme.

This slot comes with High Volatility that doesn’t so much result in a lack of wins but often only small wins. I found that I would at least get something every few spins but it was often not enough to compensate for my spins. The player can deal with this by augmenting their spins, picking a bet between £0.20 and £100 per spin. The higher the bet, the bigger the win but it will also drain your funds faster.

The game has a listed RTP of 95% which is considerably lower than the average 96% most games have. As always, this is an average of over thousands of players and millions of spins so it might not work out that way for you. Few players might also hit the jackpot, which is a tidy maximum win of 10,000x your bet. Well above average compared to slots with the same volatility.

Zulu Gold has quite a few features. Mixed with the larger playing field and the large number of symbols, this can become a bit overwhelming. I did find the features to be familiar.

The ones found in this game include:

Even though it might feel quite overwhelming the game does a good job at introducing them only occasionally. The walking wild is very obvious in how it works, and the colossal symbols are also easy to figure out. The most confusing to me were the multipliers, which only activate during the free spins mode.

Players can expect to see the free spins mode occasionally. It wasn’t something that would trigger often but the game avoids the pitfall other slots have where it seems almost impossible to activate. Once in the free spins mode, players have a good shot at getting a nice win.

Zulu Gold definitely deserves a lot of points when it comes to its presentation. Even though Africa and the savanna aren’t exactly original themes, the way it has been implemented is impressive. I especially like the way all the symbols were specially created with the setting in mind. They also help a lot in establishing the right mood. The same can be said about the music and sound design.

The gameplay will feel quite original for a lot of players, even though it ostensibly doesn’t do anything new. The larger playing field makes it more likely to see something happen. The game uses consecutive reels to calculate wins, meaning players can have up to 262,144 paylines on the screen.

I had a great time playing this game and I think it will be enjoyable for a lot of people. The main concern I would list is the relatively low RTP when compared to similar slots. How that works out for any individual player is impossible to calculate.

Browse casinos with Zulu Gold and other slots from Elk. Create an account and try the game for free before making a deposit.

You can play Zulu Gold in English, Finnish, Swedish, German and 19 other languages. 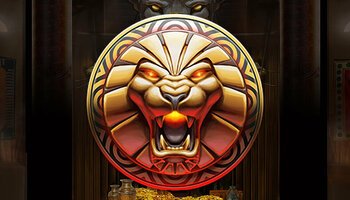