Casino Gods Casino (NZ) is a prominent operator home to over 1,300 casino games. With a heavenly theme, we have enlisted the help of the Greek gods to oversee the offers and fun.

We have created a divine online gambling experience, where our Greek gods give away rewards. The sister site of Genesis Casino, we have embellished our interface with colourful graphics against a dark background.

Since our primary focus is on the quality casino games on offer, we have kept the interface simple for easy navigation.

Play in the knowledge that we use SSL shields to protect your data and transactions against rogue activities. Most importantly, we are licensed and regulated by the Malta Gaming Authority and the UK Gambling Commission, two of the most reputable jurisdictions in Europe.

Having a licence guarantees that our casino regularly undergoes tests for safety and security.

Additionally, all of our games use a Random Number Generator, to ensure that every spin of the reels is random and independent of the other.

Casino Gods is a fun looking website that embraces the power of the Gods, old and new. The homepage has an enticing, Greek-style font and branding but the user is swiftly greeted by all manner of deities; from Zeus to Leprechauns and anything in between.

The bonus isn’t quite heavenly but it does its best to bring new users up to a divine state of being - $1,500 and 300 free spins is generous.

Signing up was easy, although I’m not really a fan when sites ask for a username because, well, can anybody really be bothered to think of a good username when they’re just trying to have some fun at a casino?

Saying that, I came up with one fairly quickly and filled in the rest of the required details (email, password, phone number). At the next stage, I was asked for my full name and date of birth. Finally, I put in my country, the currency of play, address, and hit the sign up button.

The mobile site worked really well, except their customer support options let the site down. Live chat was with a bot, while after 24 hours I was still waiting for a reply to my email.

Feel divine with our welcome package worth NZ$1,500 +300 free spins when you sign up to Casino Gods. Make a minimum deposit of NZ$10 to receive the following welcome offer:

To get started on your new casino adventure, you need to follow the below steps:

The bonus was marketed as ‘divine’, which instantly got it in my good books as I love a good pun. To be fair to Casino Gods, the bonus is good - $1,500 and 300 free spins are enough to convert anyone.

These bonuses are generous, but the devil lies in the detail. Would Casino Gods be brought back to earth with a bang, or will they continue their beautiful ascent to power? To be eligible for the Welcome Bonus, you need to deposit a minimum of $10 in one instance, you can claim them in your first four deposits, and you need to wager them 40 times before you can withdraw the bonus or any winnings earned from playing it.

Players will get 30 free spins, followed by 30 a day for nine days on pre-selected games. Free spins are valid for 72 hours after activation, so make sure you get spinning!

Deposits made via Skrill or Neteller aren’t eligible for the first four bonuses, which is a bit of a New Zealand standard.

These terms and conditions are, for the most part, pretty standard. The wagering requirement is a little high, the average is about 35x, but the size of the bonus and the number of free spins ease those concerns.

Along with your NZ$300 welcome bonus, you also have 300 free spins to use on the following games:

You will receive 30 free spins upon your first deposit, while the rest will be credited at 30 a day for the next 9 days.

Free spins are valid for 72 hours upon activation. Bonuses and winnings from free spins are subject to a 40x wagering requirement.

The maximum withdrawal amount you can generate from free spins is NZ$100.

We want our players to feel like royalty when they play at our casino. We have created the VIP Parthenon to treat out players with a range of exclusive promotions and bonuses. Once you become a VIP, you can expect the following:

Some of the most popular slot titles in our collection are Starburst, Book of Dead, Gemix, Jurassic Park, Big Bad Wolf and Valley of the Gods.

Jackpot game fans can rejoice as we have the best progressive jackpot games out there. Titles include Holmes and the Stolen Stones, Divine Fortune, Mega Fortune, Arabian Nights, Mega Moolah and Hall of Gods.

We haven’t forgotten about our table game fans either. You can enjoy games such as Blackjack, Roulette, Baccarat and Casino Hold’em. You can also enjoy a range of scratch cards and poker games.

The first thing I was greeted with was a welcome popup, which didn’t properly render so I was left with a Greek goddess-type figure holding a blank role of parchment - although a refresh fixed this issue. But still, it wasn’t the best start.

I deposited the money and was greeted with an extra layer of security: A Westpac authenticator code was sent to the phone number linked to my bank account. This is pretty rare among online casinos, so Casino Gods immediately got a tick in my book for that.

Their homepage hits you with a massive number of slot games straight away, so it’s clear they’re pushing players down that route. So I let myself be led down the garden path and decided to play Augustus, a Roman-inspired title.

It had some cool side-games and the ability to win free spins by collecting gold coins. The combination of free spins and fairly regular wins kept me playing for a little while, and I managed to make a small profit of about $1 for my efforts.

Next up, I headed to the live casino for some roulette. I played a few rounds, spread my bets around the table, and ended up coming out about $15 up - which was lovely. Besides winning, the game played well and a minimum bet of 20c made this incredibly accessible - which is how I like it.

One thing that I don’t like about Casino Gods is that the minimum and maximum bet for each game wasn’t displayed before you. For someone who doesn’t want to roll high, that’s not cool.

I was really disappointed that I couldn’t find a blackjack table that had a minimum bet of less than $100, which ruled me out of any action. The last played section is always a nice touch, and the round icons looked nice as well.

Players can access a range of mobile games, anytime and anywhere they want. Whether you own an iOS or an Android device, you can enjoy gaming on the go, provided you have a stable internet connection.

You only need to browse to our website from your phone’s browser to get connected and to continue where you left off. You have access to more than 800 mobile casino games.

There are no cumbersome mobile casino apps to download here. We have made mobile gaming simpler.

I played Big Bass Bonanza and it ran smoother than Brad Pitt at a cocktail party. On WiFi, and 4G I had no problems. Big Bass Bonanza had an interesting turbo spin opinion, so I had a bash on that and watched as the reels whizzed past my eyes and I banked 20c.

In terms of design, Casino Gods is well laid out, with clear menu options and a bright and colourful design. I really liked this mobile site, it was clear that Casino Gods was carefully created.

I found a virtual blackjack game with a minimum bet of $1.50, and after a few rounds, I walked out having broken even. It worked well, the screen size was well-formatted and everything interacted seamlessly with the display.

Our Live Casino section is powered by Evolution Gaming. You can find a blend of classic titles and modern games, which are loved by all players.

For those of you looking to play something different, there are games Lightning Baccarat, Lightning Roulette, Dream Catcher, Monopoly Live and Texas Hold’em.

Some of the modern titles are live-presented, so when you are playing, it will feel as if you were participating on a live TV show.

If you think you are vulnerable to problem gambling, you can make use of the following tools:

If you require professional support, please get in touch with charities, such as GamCare, Gamblers Anonymous and Gambling Therapy.

If you need to get in touch with the Casino Gods customer support team, you can do as follows:

Urgh, Casino Gods have a chatbot, not a proper live chat functionality. That always feels a little lazy and it’s always a little bit annoying to find the answers you want. A chatbot will basically just give you a big FAQ list to work through, so I sent an email to find out some withdrawal information. I got a reply saying that Casino Gods had received my email and would get to it as soon as they could, but it still took them over 24 hours to get back to me, which is really poor.

In fairness, the information they provided was fairly useful, so Casino Gods get some points for that.

Casino Gods have let down their believers on this front.

We are required by law to verify your identity. In the case that we are unable to verify this information automatically, you will be asked to send in the following documents:

KYC documents are only required if players try to withdraw money after no betting or casino activity. I wasn’t asked for any documents upon signing up, although there is a clearly defined ‘document upload’ area of my account.

I clicked on the button and was told that Casino Gods didn’t need any more information from me right now, but that I would be told when they were required. After a few games, a deposit, and some winnings, I hadn’t been asked to upload anything.

We accept various banking methods for both deposits and withdrawals, including:

All withdrawals incur a 2% handling fee.

As usual, account withdrawals will be fastest if you use e-wallets, while withdrawals to cards or bank accounts can take anywhere between one and three days.

As I’ve recently discovered, MasterCard will allow you to deposit with them but they won’t accept credits back to the card - which means you can withdraw to the same method that you deposited. That’s not Casino Gods’ fault, but it gave me a little bit of a headache; maybe e-wallets really are the way to go in the future.

My $50 deposit went off without a hitch, but I had to add a little bit more in so I could withdraw to an e-wallet and claim my winnings. 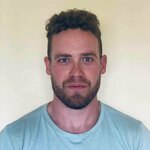