Added to Bojoko by Aristocrat

Aristocrat is an Australian-based game supplier, whose journey kicked off way back in 1953.

With more than 60 years of gaming experience in developing land-based and online slot games, Aristocrat is licensed and regulated by circa 300 gaming jurisdictions and operating in more than 90 countries and markets.

Aristocrat’s journey began in 1953, when it produced its first slot machine. Since then it has produced countless slot machines before moving onto the online market. The company currently has more than 120 titles that can be played at some of the best online casinos in the United Kingdom.

The slots are jam-packed with thrilling features and nice designs. Amongst some of our most popular games, there is Buffalo, Weird Wicked and Wild, the Queen of the Nile series, Good Fortune and Buffalo amongst others. You can also enjoy a few progressive online pokie games that are connected via the Lightning Link feature.

The company also has secured partnerships with key stakeholders in the online gambling market. One such partnership is with the NYX Group.

Aristocrat has kept its leading position on the gambling market by releasing online slot games with various features not widely available. Amongst some of the most popular slot games, there is:

All Aristocrat games are available to be played on the go, either on mobile or tablet. All games have been further enhanced by improvements in technology to make them fully compatible across a range of devices.

Aristocrat does not currently offer live or table games.

Aristocrat is licensed and regulated in more than 300 jurisdictions. It currently holds licences from the UK Gambling Commission making it available in more than 90 countries around the globe.

All the games are regularly tested for fairness by leading independent testing agencies.

Aristocrat complies to various rules, regulations and legislation. This includes data protection, various platform rules as well as privacy, licensing and game regulations and other laws applicable to the market. In question.

Aristocrat slot games are available to be played in numerous currencies, including New Zealand Dollars, Euros and British Pounds.

All games are available in the English language. 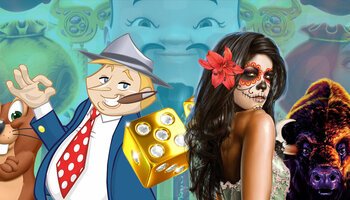