Added to Bojoko by Bgaming

BGAMING is a considerably new name in the online gambling industry, but one which most seasoned gamblers are likely to have encountered at some point or another.

This is due to the fact that the company rebranded its in-house games which were created under the name SoftSwiss.

SoftSwiss was founded way back in 2008 with the aim of creating software for online auction sites and providing gaming platforms to numerous casino brands.

Boasting some top deals with more than 20 software providers, SoftSwiss has the ability to provide in excess of 2,000 casino games via their Game Aggregator.

In 2018, SoftSwiss Games and its portfolio were rebranded and transferred under the name of BGAMING with the aim of created mobile-friendly games in high definition.

If there is one area that BGAMING excels at is the creation of casino platforms that support Bitcoin slots. It also offers solutions to altcoins, such as Ethereum, Litecoin and Dogecoin amongst others.

It didn’t take long for BGAMING to gain traction with more than 50 thrilling releases to its name.

They have all been created with a mobile-first approach and use the company’s unique Provably Fair feature.

Our earlier game releases focused heavily on ancient civilisations themes spread over five reels. There is still a small collection of three-reeled slot games, but if you prefer more modern slot games, BGAMING has plenty on offer.

In-game bonus features is also one area that helps us stand out of the crowd, with the majority of our games entertaining players with multiplier bonuses, free spins rounds, wild symbols and the eponymous Gamble feature.

You can also find western-themed slot games such as West Town, where the top prize is worth a whopping 5,000 coins.

There are also some interesting slot games, such as Crazy Starter, a game built over 25 paylines and which features a range of fruit and vegetable characters.

Our most popular game by far, is Johnny the Octopus. This underwater-themed slot game boasts 3D gameplay that works across all gaming platforms, including desktop and mobile.

The symbols within the game are animated and brought to life with locked wild symbols and free spins galore.

Games are fully responsive on mobile and fill out the entire screen. Buttons are more prominent making it easier for you to spin the reels without missing out on a quality gambling experience.

There are currently no live games in BGAMING's portfolio.

We improved our game selection by adding in jackpot games in 2021. Since then, we have brought in a handful of jackpot slots for our players. New games are added every once in a while to keep your options fresh.

BGAMING is licensed and regulated by the Curacao Gaming Commission and the Romanian National Gambling Office.

All games are available to players who are 18 years and over. Additionally, they are certified and licensed across numerous jurisdictions.

We support all major currencies including Euros, American Dollars and Bitcoin.

BGAMING games are available in numerous languages, including English, German and Spanish. 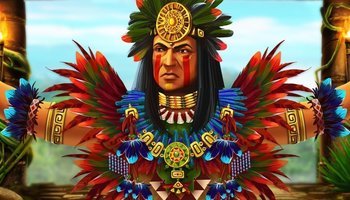