Added to Bojoko by Fugaso

Fugaso is a game provider of online casino gaming products. This software game developer has dipped its feet in a variety of gaming categories, with its primary focus being on online slots.

Although the company launched in 2001 and has been around for almost two decades, it has only recently been gaining attention and popularity amongst casino players.

With a focus on top-notch quality slot games, Fugaso has its own in-house software development team responsible for building casino games from start to finish.

The Fugaso iGaming integration services have helped other companies in the industry, including NetEnt, Novomatic and GameArt, who all decided to join forces with Fugaso circa 2016.

The company has successfully built solid relationships with its partners. Companies such as Digitain, Netagame and Gamescale also offer Fugaso products.

Our games are developed and built with both desktop and mobile devices in mind, and every game release is optimised for all operating systems and rigorously tested to ensure flawless performance with a high RTP (return to player) of 95-99.5%.

There are currently around 70 video slot games, all available across operating devices such as mobile and desktop gaming.

Fugaso has so far created and developed more than 70 casino games. This, despite the fact that it focuses most of its energy on creating customised gaming products.

This expertise is well-reflected in its games, including graphics and innovation to bring players a unique theme and gaming experience.

Slot games, such as Sunset Wild, Olympia and Double Game come with superb prizes going all the way up to 50,000 coins.

Other themed include underwater treasure hunts and Egyptian themes amongst many others.

Our games are developed and built with both desktop and mobile devices in mind, and every game release is optimized for all operating systems and rigorously tested to ensure flawless performance with a high RTP(return to player) of 95-99.5%.

Fugaso doesn't currently offer any live dealer titles. However, it has a range of Blackjack and Roulette RNG table games available.

Fugaso has more than 30 jackpot games giving you plenty of chances to win. Each of these games comes with no less than three jackpot prizes up for grabs.

Since there are progressive jackpot games, the amount keeps on swelling based on the number of bets placed on the game. The more players spin, the higher the jackpots will climb.

Amongst some of the most popular progressive jackpot games on offer, there is Trump It Deluxe Stone and Stoned Joker Slot.

Fugaso holds gaming licences from the UK, Malta and Curacao. All games undergo rigorous testing for safety and security.

Furthermore, games use a Random Number Generator and are audited by an independent third party.

In keeping with today’s need for high security and trustworthy access, all our games are certified by the UK Gambling Commission. We also hold Malta and Curacao licences.

We follow the best practices of online gaming and meet with the Gambling standards of other respectable commissions around the world.

From the start, our games are developed with an emphasis on providing a safe and responsible gaming experience, and all effort is made to ensure a compliant and morally correct environment for our fan

Fugaso accepts a long list of compatible currencies including all legitimate Cryptocurrencies.

With translations into multiple languages, Fugaso Games are available in numerous languages, including English, French, German and Italian. 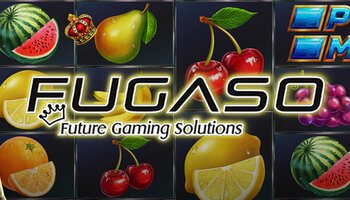