Added to Bojoko by Skillzzgaming

Skillzzgaming was founded in 2014 by gaming enthusiasts from Israel. Headquartered in Tel Aviv, Israel and licensed by the UK Gaming Commission, the games are available across numerous casinos and platforms such as Every Matrix, Nektan and Jumpman Gaming.

The main aim of the company is to make its games compatible with online casinos and platforms, whilst providing players with an engaging online gambling experience.

What makes Skillzzgaming games exceptional is the fact that the games involve an element of strategy and thinking. Players can reveal new content as they play and progress along in the games, which makes room for a super gambling session.

This means that you can unlock a range of bonus events, such as time-based bonuses that can lead to bigger prizes. This is possible with the new MATCH-3 games genre, which is taking the online gambling industry by storm.

You can find most Skillzzgaming titles distributed on the Quickfire and Microgaming platform and across a range of reputable online gambling brands.

We excel in creating skill-based online gambling games that are designed for the younger generation of players who grew up playing a range of video games on their consoles.

In total, we have put together a collection of five various titles, with each one offering players to make choice that can impact their gameplay. It entails an element of actual skill albeit minimal. The games still come with themes and the gameplay styles are still relatively familiar.

Take slot game Mega Money Rush, for example. It boasts a classic racing game theme. The main aim of the game is for players to spin a wheel to collect prizes, power ups and activate races.

You can also try games such as match-three style retro games, such as Pets Go Wilds, Gems Odyssey and Fruit Blast. They each come with their own different take of the game.

Our games can be enjoyed across a number of operating devices.

Whether you want to play on your smartphone or tablet, or else prefer playing on a desktop monitor, the games are fully compatible and optimised to work across all devices.

Skillzzgaming is licensed and regulated by the UK Gambling Commission.

Additionally, all games are certified in the United Kingdom, Isle of Man, Gibraltar and Malta. Some are also certified in Denmark and Spain.

As the company’s games are licensed and regulated by the UK Gambling Commission, we go to great lengths to ensure that our players play in a responsible manner.

All games are tested by independent third parties including eCOGRA and GA.

Our games support all major currencies, including British Pounds, Euros and Canadian Dollars.

Our games are supported in numerous languages including: English, German and Danish amongst many others. 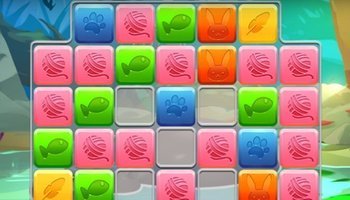 I like this supplier. Their games are so different from classic slot games. You can easily spend an hour or two playing and trying different strategies. I’ve played match-3 games, racing games and adventures before, but this supplier adds the gambling in the mix, raising the excitement!

A simple and easy casino you can use with your smartphone