Big Time Gaming is the creator of innovative casino games, that include prominent titles in the online gambling market today.

Based in Sydney Australia and established in 2011, this game provider is the producer of popular slot hits Extra Chilli, Danger High Voltage, Bonanza and Donuts.

As a company, it has successfully built an enviable track record when it comes to the development and production of games. It keeps on working on its games by improving them with every new release. It currently releases a slot game roughly every two months.

Thanks to its collaboration with other game provider Quickfire, Big Time Gaming’s portfolio of games can be found across most Microgaming casinos.

Although many punters think of Big Time Gaming’s slot games as being highly volatile, it is mostly renowned for its Megaways series. The games have been built with care and with the aim of creating a new slot game with a different concept.

There is no one-size-fits-all logic when it comes to game production, so players can expect new game releases with different themes, features and plenty of entertainment.

Keep on reading to learn more about Big Time Gaming.

Big Time Gaming is mainly focused on video slots but it has also created a number of table games. There are currently more than 30 online slots available at trustworthy casinos. These games cover a wide array of themes, including boardgames, football and TV shows.

This provider is well-known for its Megaways feature, along with the Drop and Dual Reaction and Unlimited Multiplier mechanisms. These features provide engaging gameplay.

Both of these games incorporate Mega Icons where punters can create massive winning combinations. Some bonuses can also boost player winnings up to 10,000 coins.

Games are fully responsive on mobile and fill out the entire screen. Buttons are more prominent making it easier for you to spin the reels without missing out on quality gambling experience.

There are currently no live dealer games in this software developer's game repertoire.

Currently there are two progressive jackpot games in Big Time Gaming’s portfolio, including Mr Multiplier and Feathered Frenzy. These games are no longer accessible and available for play.

Our games are licensed and regulated by the UK Gambling Commission and the Alderney Gambling Control Commission.

All games are available to players who are 18 years and over.

Our games are available in all major currencies, including British Pounds, Euros and Canadian Dollars.

Big Time Games are available in numerous languages, including English and Swedish. 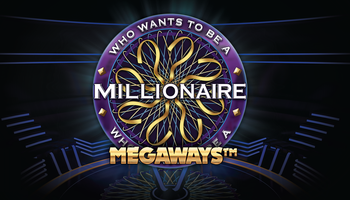