Next US President odds

Have you considered a bet on the next US President? If you are, place your bet today because the race is on!

One of the most important things to remember about election betting is that the early bird catches the worm. You can get better odds if you place your first bets earlier in the election process than if you wait until closer to the actual date. 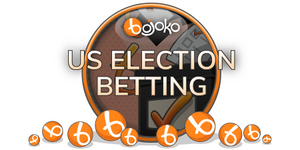 TOP 15 odds on the next US President:

In the UK betting market, you will find only a few betting sites that don't offer odds on US presidential election. We could easily recommend over 40 betting sites listed by Bojoko where to find the next American President's odds.

Still, instead, we highlight only ten reputable brands. You can find US Presidential 2024 odds and great free bet offers on all the following websites:

Deeper insight into the next US President 2024 odds

The 2020 US presidential election broke all possible betting records in the UK and globally:

And these examples are just the tip of the iceberg, as several newspapers reported daily about betting on the elections. Now the question arises, how popular is the 2024 US presidential election in terms of betting and what are the best us election odds to play? 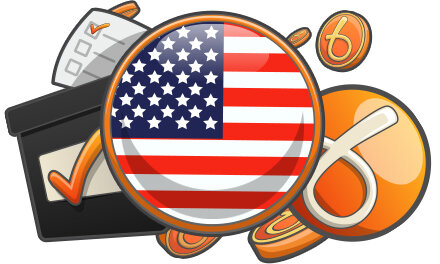 Bookmakers are making the most of the election. Several US election odds are already available on various betting sites. An interesting fact about betting on the US presidential election is that some bookies, like 21LuckyBet, offer more than 70 different names to bet on to be the next President of the USA. In reality, only about five politicians have a chance of electoral victory, and if the world goes outraged, 1-2 celebrities.

Below is the Bojoko shortlist in which our editors believe the next US President is in. We've done analysis on each candidate and highlighted the current best betting odds to win the US presidential election. 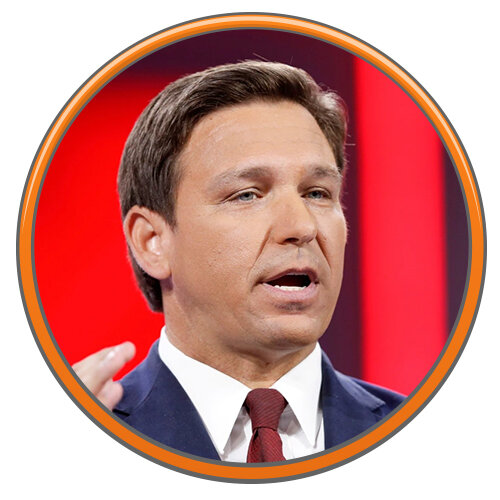 The shares of Ron DeSantis in the 2024 US presidential race rocketed after the November 2022 mid-term elections. DeSantis dominated the senatorial vote in his home state of Florida. At the same time, several Republican candidates handpicked by Donald Trump himself suffered defeats across America.

This has been taken as a sign that the Trump-like MAGA politics no longer appeal to voters. Although DeSantis is a strong right-wing politician, he is not one of the so-called election deniers and conspiracy theorists. Many people are willing to support the bright national spotlight-basking 44-year-old senator.

Whether you believe DeSantis will win or not, now could be a good time to bet on his victory and see how the odds move. In the best case, you can make a profit by using the cashout feature well before the election starts. 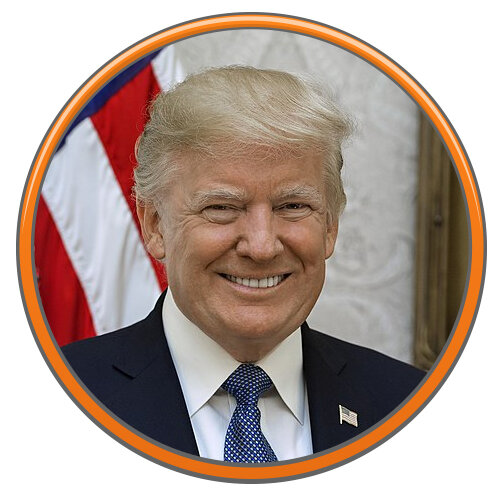 Donald Trump is a man who certainly needs no introduction. On 15 November 2022, the 76-year-old ex-president announced what he had been hinting for a long time, he would run for President in 2024.

Mr Trump is currently the only person who has officially confirmed his candidacy. His announcement came at an uncharacteristically early stage, but this was probably a calculated move to intimidate the other Rep. candidates into staying in the background.

However, the BBC has listed six points that make a second election victory for Trump unlikely, or at least more difficult. It will be interesting to see how Trump appears in public and how the bookmakers see the odds of Donald Trump becoming president. 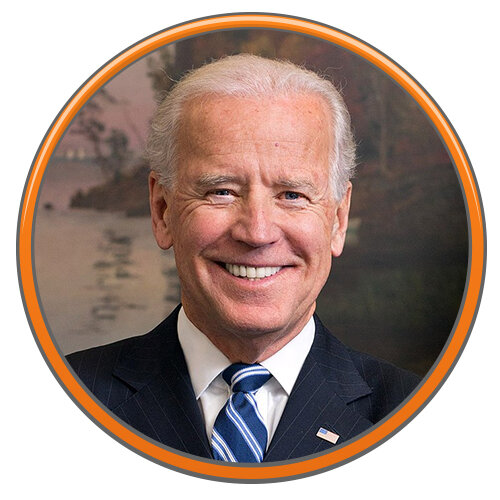 US acting president Joe Biden has said on several occasions during his presidency that he probably will run again in 2024. He enjoys relatively high popularity within his own party, but Biden has one powerful natural opponent - his age.

Biden turned 80 in November 2022 and is currently the country's oldest President. This has begun to show on the man in certain situations, and Republicans will strike a blow on this issue as the election campaign heats up.

During his presidency, Joe Biden has accomplished many things that serve the American people, such as low healthcare costs for millions (Medicare) and improved healthcare for veterans. He also led the Democrats to a fine defensive victory in the mid-term elections. According to The Guardian, Joe Biden is up for re-election. Still, two-thirds of midterm voters said they would not like to see Biden seek re-election in 2024. 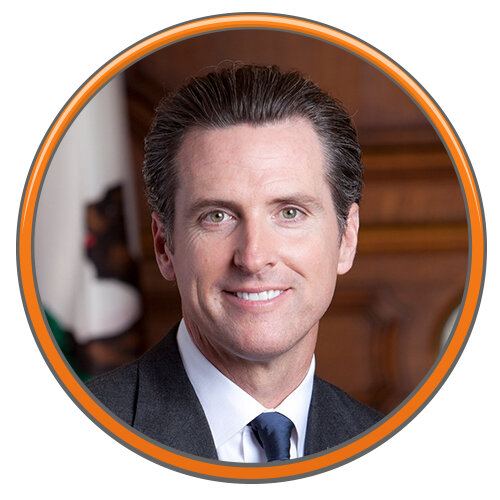 Gavin Newsom, governor of California, is the wild card for the democratic party. On the one hand, he is well-liked and a famous politician. Still, the man's hesitation concerning the presidential race has even begun to irritate his party colleagues.

Newsom has said numerous times during the autumn of 2022 that he does not intend to stand in the 2024 elections. Yet the man spent the midterm elections as a presidential candidate, buying space on billboards in Mississippi and many other Republican states. In Florida, Newsom challenged state Governor Ron DeSantis to a TV debate and ran his election ads on Florida TV commercials.

In Bojoko's ratings, Newsom is currently a good betting target, especially if Joe Biden does not enter the race or the Democrats as a party want a younger candidate. Betway is now offering odds of 4/1 on "Gavin Newsom is the Democratic presidential candidate", which is also an exciting bet! 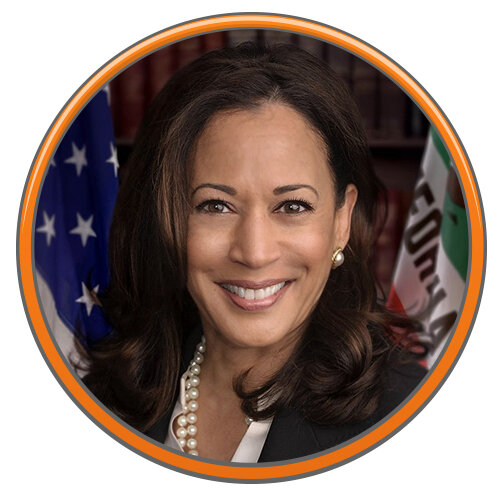 The current vice president of the United States, Kamala Harris, is most likely a Democrat top candidate in the presidential election 2024 if Joe Biden doesn't run.

Democratic insiders have told the respected news agency Reuters that from their point of view, the 58-year-old Harris is the top choice after Biden. Several polls also show her a good lead before other potential Democratic candidates.

But does the former California senator have a chance in a potential duel against the republican candidate? Harris performed modestly against expectations in the 2020 elections and has not been in the spotlight much as vice president, at least in terms of political successes. For these reasons, Gavin Newsome has risen above Harris on the betting sites' American president odds 2024 listings. Still no doubt, 14/1 odds of Kamala Harris becoming President are luring.

Dwayne Johnson and other celebrities' odds for the next us President 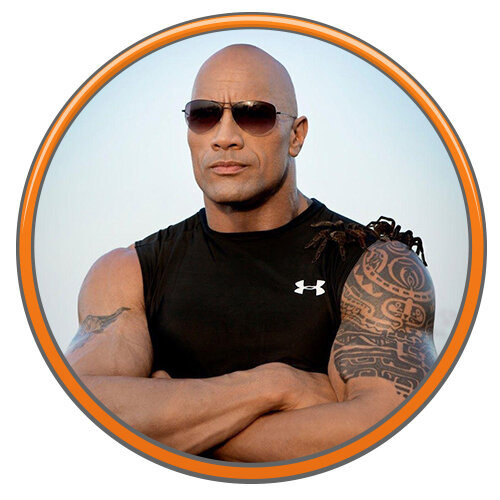 The US presidential election is nothing without speculation about celebrity candidates. One of the familiar names in the US presidential odds comparison is Dwayne "The Rock" Johnson. The man told CNN in a recent interview that both Republican and Democrat parties have approached him.

Still, so far, his focus is on the family. However, the former WWE star is not entirely closing the door on the possibility of running for President one day. Current Dwayne Johnson president odds stand for roughly 40/1.

Here is also a list of some other celebrities betting odds for the next US president. Odds provided by 21LuckyBet

Bet celebrities win to US election at 21Luckybet »

Bet winning party or nominees of the parties

Betting on the US Presidential election is not just about betting on the winner of an election. Of course, US President 2024 odds are the main focus in this race for the host of the White House, but bettors also have the opportunity to bet on the party from which the next President will win and which nominees will win the primaries of both parties, Republican and Democrat.

At the moment, the odds look the following:

The incumbent President is almost invariably the favourite to be his party's next candidate if he has a chance at a second term. And this is the case with Democratic Party at the moment.

For now, Joe Biden is top of the table, but the odds can move fast. Much depends on the start of 2023, when the President has promised to formally announce his position on re-election.

Place your bet at BetTarget »

If you ask Donald Trump, the Republican Party has only one presidential candidate, himself. However, public opinion among the people and within the party is not so black and white. At the moment, Mr Trump's march to the final round of the presidential election is not a foregone conclusion.

As the odds show, Ron DeSantis' name is on the rise, and as with Joe Biden, DeSantis' official announcement of whether or not to run will move the odds.

Next US President election odds - a winning party 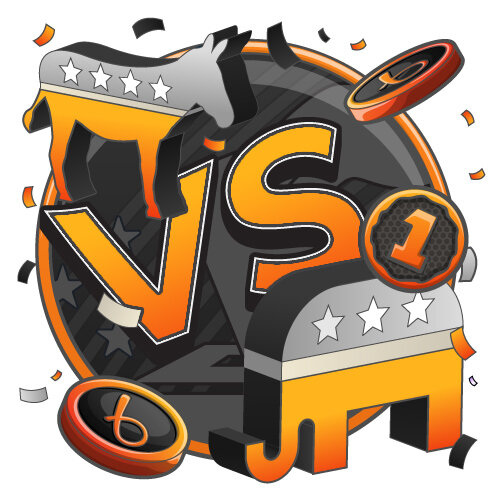 Making policy is complex, and gaining unwavering popular support is even more complicated. Most of the time, opposition shares rise after a ruling party has been in power for a while.

Looking at US presidencies since 1988, the party in power has changed immediately after one or, if the sitting President has been extended, after two terms. The same trend looks set to continue in the 2024 elections if we are to believe the latest US presidential election odds.

Next US President betting - Increase your chances

What is the best time to bet on the US presidential election? A similar question was asked in a recent betting podcast by professional gambler and Politics Analyst Paul Krishamurty, and the answer was loud and clear:

Right now! - There is good money up there right now.

The US election odds will change significantly over the next 24 months. An intelligent player can bet on the best odds and cash out any early winnings using the cashout feature. It is also wise to spread bets across several candidates and betting markets.

However, it is worth remembering that playing against betting markets and their favourites is not profitable in the long run. There has been a lot of talk in the media in recent years about how betting markets are better at predicting election results than polls, and this has been the case for centuries.

A study commissioned by the University of Michigan and the University of Kansas School of Business found that bettors outperformed pollsters in predicting election results as far back as 1868-1940. There is no reason to doubt this will be the case again, and American president odds might already reveal who the next President of the United States will be.

In case you are interested, you can also check out these political betting odds:

The US is a giant in the entertainment industry, and at times the US presidential race is like one big entertainment show or reality TV broadcast.

Suppose you want to explore not only election betting but also entertainment betting. In that case, you might be interested in one of our betting articles below:

Sports personality of the year 2022 odds

Betting on the US presidential election is, in the end, very easy. This is how to do it:

You can find the most recent President 2024 odds from Bojoko.
Currently, the TOP odds for the next US president are the following:

Check here for the full list of American President odds

Currently, the odds of Trump winning the presidential election are 7/2. His odds of becoming the official Republican nominee are around 11/8.

You can check out the latest Donald Trump odds from here.