Added to Bojoko by Quickspin

Quickspin Casino is a relatively brand new game studio that has made some headway when it comes to market share. It has established itself as one of the most vibrant and cutting-edge game providers that is loved by thousands of players.

Quickspin is the brainchild of three successful entrepreneurs, two of which previously worked for Net Entertainment and the other for Unibet. The three founders embarked on a new gaming venture back in 2012 and founded the brand in Stockholm, Sweden.

Although the history of the company is not quite as extensive as that of its competitors, it has quickly become a household name amongst gambling punters.

The iGaming industry took notice, rewarding Quickspin with prestigious awards, including Social Gaming Supplier, Game of the Year and the Rising Star at the EGR B2B Awards.

Quickspin's motto is "We love slots!" and it shows in the games they make. Their passion for slot games is seen in the intricate details and innovative features of their games.

Although the games are embellished with stunning graphics and attention to detail, it is the Achievements Engine which was released in 2016 that turned heads. This gamification module was created with the aim of boosting player engagement.

During its relatively short lifespan, Quickspin has risen through the ranks to become a player favourite, thanks to its unique gameplay and accessibility to mobile devices.

The biggest majority of Quickspin’s games portfolio is made up of online slots. It currently houses more than 60 slot titles, but the quality of the games is both immense and impressive.

The vast majority of these slot games is made up of five-reel video slots enhanced with various bonus features designed for player engagement.

On average, Quickspin releases 13 online slots annually, but the number is on the increase as the brand expands.

One of the most popular offerings is online slot Big Bad Wolf, which has claimed the Game of the Year award.

Its main selling feature is the Swopping Reels, which means that the reels spin once again after each win. It is essentially a re-spin, but it goes a step further. With each spin one pig symbol turns wild, boosting your winning chances considerably.

The Swooping Reels feature can be found across a number of slot games, including Tickets to the Stars and Crystal Queen. You can also expect to find staple player favourite features, such as bonus pickers, multiplier wilds, stacked wilds and re-spins.

The games also come equipped with a Flexible Free Rounds mechanism. This option allows players to choose their own bet levels, whilst playing the Free Spins round, giving players more power on how to use their free bonus.

Most games are available to play on the go, directly on your smartphone or tablet.

Quickspin unveiled its first jackpot game in 2019. Dragon Chase is an Asian-themed slot game built over a 3x5 setup with 20 betlines.

It features a free spins bonus round, wild symbols, a respin feature and no less than four jackpots.

These reputable gambling authorities ensure that the games meet strict protocols in terms of fairness and transparency.

All Quickspin games use a random number generator to generate fair and impartial results. The games are regularly tested and audited by independent third parties.

We always abide with the strict rules and regulations as set up by the prominent gambling authorities to ensure that players have a safe gambling experience.

Our games are supported in a number of currencies, including British Pounds, Euros and Swedish Krona.

Quickspin games are available in numerous languages including English, Swedish and German. 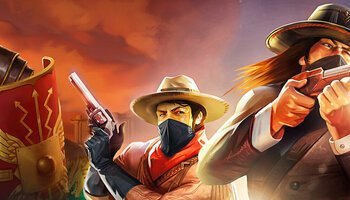