Added to Bojoko by Thunderkick

Thunderkick is a relatively young company which has been producing rather unique online slots for some time now. Based on a wide range of themes and ideas, Thunderkick excels in injecting an element of humour throughout all of its games.

Since launching in 2013 in Stockholm, Sweden, its instant-play games have been entertaining players thanks to their unique perspective.

Whether you are into retro-looking online slots, or games with an exceptional theme and features, this game provider has got it all. Most of the ground-breaking approach from Thunderkick has been derived from the overall design of the games.

Not all slot games have spinning reels. Instead, some come exploding skulls (Esqueleto Explosivo), while others see fruit symbols splatter against the wall (Fruit Warp).

The detail is in the features of the games that has helped it become a household name.

Thunderkick is primarily focused on creating video slots. What sets this game provider apart, is the fact that their productions feel more like games first and slot games second.

The gamification of Thunderkick’s games is its strongest assets. This is followed by embellished graphics and animations and intriguing themes.

The company does not belt out games upon games. Instead, it prefers to focus on the quality of the games, rather than the quantity.

Let’s take, online slot Birds on a Wire, for example. This game sees exploding birds as the main theme. You won’t see the usual reel setup here. Instead, you’ll see birds sitting on electricity wires with birds flying in to land on them. As you can imagine, winning combinations make room for some humour, with birds frying or comically exploding.

Another popular slot game is Esqueleto Explosivo. This slot game sees Mexican skulls singing. Whenever you hit a winning payline, the skulls explode. You can also feast your eyes on multipliers.

All games are created with a mobile-first approach using the latest HTML5 technologies.

Games are created fully-optimised for smaller screens. Text and buttons are enlarged for an optimal mobile gaming experience.

Thunderkick does not produce live dealer games as yet.

Thunderkick does not produce jackpot games as yet.

Thunderkick is currently licensed and regulated by both the UK Gambling Commission and the Malta Gaming Authority.

All games are available to players who are 18 years and over. Additionally, all games undergo rigorous testing by independent third parties for fairness and impartiality.

Thunderkick games are supported in all major currencies, including British Pounds, Euros and Canadian Dollars.

Thunderkick games are supported in all major languages, including English, Swedish and Norwegian. 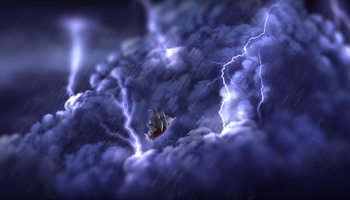