Casinos on the Kindred platform

Kindred Group is one of the casino consortiums that has seen the whole online gambling industry evolve from the early years to its current heights. The company has grown through homegrown brands and savvy acquisitions to a name recognised by players everywhere.

Kindred Group is all about quality over quantity. This is something that will be made very clear here and it is easily seen when looking at the list of Kindred Group casinos. There aren't many of them available and even fewer for UK players. Though, what is available is absolutely worth a look.

Here, you can learn all about Kindred Group and Kindred casinos.

The Kindred Group is one of the oldest and most established online gambling companies in the industry. This organisation operates a number of casinos, poker, bingo and sports betting sites across both Europe and Australia, addressing most global markets.

Kindred started off as Unibet in 1997 and rebranded as Kindred Group in 2016, this is an online gaming company that's been part of the industry for over two decades. Unibet was an early adopter of the mobile-first approach in both online casino and sportsbook, and the company has been at the forefront of technological innovation ever since.

The flagship site Unibet is hugely popular and has gained exposure as a sponsor of many sports teams in Europe. In addition to the sites launched by Unibet and later Kindred Group, the company has also bought many emerging and prominent brands from different European markets and integrated them to the Unibet platform.

As one of the largest companies around, it caters to more than 16 million customers across 100 markets.

All Kindred Group sites have the Maltese online gaming license. In addition, the international brands 32Red, bingo.com and Unibet are all licenced by the UK Gambling Commission.

Kindred currently has numerous offices in Malta, the United Kingdom, Sweden as well as Australia. 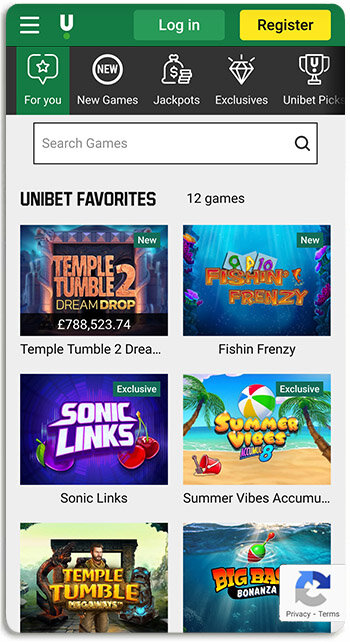 EXAMPLE: Unibet is the face of Kindred

The Kindred Group is a leading pioneer in the gambling industry, making way for massive technological advancements, whilst launching new products and mobile solutions.

It is the owner of various big-name casinos including Unibet and Bingo.com, but above all, it promotes responsible gambling practices as well as player safety.

The company's mission is, "to transform gambling to sure fair play, the best deal and a great experience for our players".

The company's success is built on its solid reputation as well as trust. It acts fairly and with integrity when it comes to every facet of its operations.

Why play on Kindred casino sites?

Started as Unibet in 1997 and rebranded as Kindred Group in 2016, this is an online gaming company that's been part of the industry for over two decades. Unibet was an early adopter of the mobile-first approach in both online casino and sportsbook, and the company has been at the forefront of technical innovation ever since.

The flagship site Unibet is hugely popular and has gained exposure as a sponsor of many sport teams in Europe. In addition to the sites launched by Unibet and later Kindred Group, the company has also bought many emerging and prominent brands from different European markets and integrated them to the Unibet platform.

All Kindred Group sites have the Maltese online gaming license. In addition, the international brands 32Red, bingo.com and Unibet are all licenced by the UK Gambling Commission.

Kindred is a unique platform, as they don't just spam the market with site after site of pure mediocrity. No, they choose to take their time and release only casinos when they have something worthwhile to publish.

When a new casino from Kindred Group pops up on the market, it is a reason to celebrate. On average, Kindred releases a new casino once every couple of years.

Most of the new Kindred Group casinos are aimed at other markets, like EU or North America, and thus are never licensed in the UK.

When it comes to slots, you are in good hands on Kindred's sites. Some pages are focused more on other games, like bingo, but all of them have at least a decent selection of slots available.

Kindred sites boast a selection of easily 1,000 slots. Some of the bigger sites, like Unibet, has over 2,000 games available from the biggest names in online gambling.

One thing that Kindred slots have going for them, is the quality of games. They don't just skim the cheapest games to pad out the numbers, but rather pick the best and most popular games. This also means that all the big jackpot games are available on Kindred sites.

Kindred Group has been a big part of the birth and growth of mobile gambling. They were among the first to offer any kind of mobile casino services, though in those days, the services were very different from today.

All of Kindred's casinos support mobile gambling and some do so in multiple ways. The casinos can be used via any mobile web browser, but some have the option of using dedicated apps. Especially sports betting services have additional features for those who play using the app.

No matter what you choose, you always get the full experience on mobile and never miss out on anything.

All Kindred brands are home to numerous reputable game suppliers. This opens up room to a variety of gaming options, by offering the best slot games, card and table games, jackpot, bingo and live dealer games.

Here are some of the best game suppliers available across the Kindred brands:

As a global leader in online gambling products, Kindred offers a huge range of payment methods, so players can facilitate deposits as well as request withdrawals with ease. These include:

Kindred Group is one of the biggest names in online gambling. They have been in the gambling business since 1997 and helped form online casinos as we know them.

From a flat in London to a multi-continent company operating on all global markets, Kindred has done it all. Brands like Unibet and Bingo.com have been important factors in the UK market and have become known to many UK gamblers.

Kindred casinos are simply top-tier casinos. They focus on quality with everything they do. Be it slots, bingo or simply everything like with Unibet, they do it with class.

The number of games, the high-quality service, the easy navigation and so on. Kindred has a habit of creating five-star casinos, which are all worth a check.

Individual Kindred casinos are high-quality sites that either specialise in one area or have everything but the kitchen sink. The biggest issue on them is the small number of them. If you are a slot player and have already tried the handful of Kindred sites that have slots, you are out of luck. There simply are no more options available.

Kindred casinos are a rare treat. When a new Kindred casino site opens up, it is a big deal and definitely worth a check.

New Kindred gambling sites open up maybe once every two or three years. Especially in the UK, the rate of new licensed Kindred casinos is very low. Most of the new sites are only for EU players.

You can check out our Kindred casino list to see the new releases.

Ville is an industry veteran, who has written thousands of gambling-related reviews and articles since 2009. He is an IT engineer with a passion for game and strategy optimisation, and to teach the world to play better.
Read more »