The Eurovision song contest 2023 will be held again in May with UK being the host this year. On this page, Bojoko will present you with all the best information for your Eurovision betting. The best Eurovision betting odds, sites, and guides to help you succeed.

The Eurovision Song Contest 2023 will capture the hearts of European fans in May next year. The week-long music carnival will feature two semi-finals and, of course, the Grand Final!

Between 33 and 40 countries will join in the Eurovision Song Contest, but only one song will win.

Below you can see the first odds published by the William Hill betting site. As the saying goes, the early bird catches the worm!

UK in the Eurovision song contest 2023

As you probably know, the UK:s song in the Eurovision song contest 2023 is still a mystery, and no date for the selection has not confirmed.

Who should represent the United Kingdom in a Eurovision is a hot topic, and here are a few possible candidates:

Thanks to Sam Ryder and the UK's success in 2022, the country is one of the favourites to win again in 2023. There hasn't been much success in recent years, but would this be the start of a success story?

Ireland is a seven-time winner of the Eurovision Song Contest, but its last victory came in 1996. However, the country is a long-running success with 55 appearances resulting in 45 final places. So betting on a final spot now could be a good idea?

Check out some of the best odds for the UK and Ireland below.

Betting on the Eurovision song contest becomes more active the closer we get to the long-awaited date. Currently, the bookies consider Ukraine the favourite, as they will most likely garner a lot of sympathy due to the ongoing situation in their country.

Ukraine's position as a frontrunner is interesting because the country's participation is not yet 100% sure in the song contest! The next in line based on the odds are last year's runners-up, the UK, with Sweden and Italy, who have often done well in the contest.

With head-to-head bets, you put two countries up against each other. The winner of the bet will be the country that finishes higher in the final standings.

Placement bets provide you with odds for different countries to finish in different positions in the final Eurovision standings. There are plenty of bets to choose from in these markets, with odds available for top 3, top 5, and top 10 finishes along with reaching the final odds.

The very first thing to consider when betting on the Eurovision song contest is the Eurovision betting sites themselves. You always want to find the bookies with the best Eurovision odds, but at many sites, the odds can come from the same place, so some investigation is always smart.

Be also sure to see if there's a way to bet on the Eurovision for free, which can be done with both new customer sign up offers and free bets. These provide you with free betting money to use for your Eurovision betting!

Check out all the best sites for Eurovision betting below.

The Eurovision song contest 2023 will be held in the United Kingdom, in the city of Glasgow or Liverpool. Yes, you read that right, there are still two major cities in the host city race waiting for the BBC to have the final say on which city will host the 2023 Eurovision Song Contest.

Which city is your favourite? Below you will find a short introduction to both candidates.

How does the Eurovision song contest work?

The Eurovision song contest has been held since 1956, and in 2021 the European institution celebrated its 65-year history. The contest is arranged by the EBU, which stands for European Broadcasting Union.

All European countries can participate in the competition, and Australia has been a special guest since 2015. The only rules for participating are that all countries must be represented by a new song each year which is no longer than three minutes.

The Eurovision contest consists of two semi-finals and a final. Each year's host is granted straight passage to the final, while the biggest funding countries the UK, Germany, France, Spain, and Italy also make it to the showpiece occasion without having to contest a semi-final.

The voting in the Eurovision song contest is separated into two parts. Each country appoints its own jury, who will be responsible for handing out points for the first part. The juries give out points to the best 10 countries in their opinion, with the best receiving 12 points and the rest progressively less.

The second part is of course the most interesting, as the general public of Europe is also allowed to vote! The public's votes in each country are tallied in the same way as their jury's. After this, the points of the public will be added to the countries' totals after the jury rounds have finished.

Once all points have been rewarded from each country, the Eurovision voting will have concluded and a winner has been found. The same points system is in place for the final as well as the semi-finals.

The Eurovision final will take place somewhere middle of May 2023. Once both semifinals have been dealt with, we have 26 countries in the final. The big five (including the host UK) and last year's winner Ukraine have secured their place automatically in the final.

At the moment, only Israel has announced the name of its Eurovision nominee, Noa Kirel.

Eurovision betting is far from traditional betting. Some of the betting markets may, of course, be the same like betting on the Eurovision winner, head to head -bets or bets on placement, but evaluating the odds and likelihoods is very different due to the nature of the competition.

While this makes things harder for bettors, it also makes the oddsmakers go crazy. Choosing the correct odds for each country is significantly harder for bookies as there are so many variables to calculate, which a well-informed bettor can take advantage of.

Below we will go over some of the most important things you have to consider when you're betting on the Eurovision song contest, so read on for more succesful Eurovision bets!

History doesn't mean anything at the eurovisions

The Eurovision is a completely different betting event than let's say a football match. In a game of football, the pitch is always the same, the rules don't change, the ball is round, etc. The repeatability of many sports gives professional bettors the opportunity of collecting immense amounts of data to help with their bets, but with a song contest, things aren't the same.

Over the years the Eurovision song contest has seen plenty of fluctuation when it comes to voting from both the juries and the public. Every year sees a completely new set of songs (and often artists), a new host, and a new situation in the world.

Politics are also often heavily in play, which makes the Eurovision song contest one of the most dynamic betting events of the year where history doesn't count for much.

What kinds of songs do well at Eurovision?

Almost the only thing you can gather from evaluating the history of the Eurovision song contest is what kinds of songs do well. There have been some obvious trends over the years, and there is still a general consensus that "Eurovision songs" are bright and bubbly pop songs. 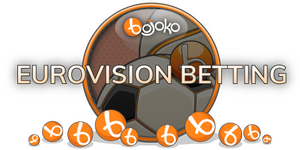 However, this trend has long since passed. Nowadays there are a lot of melancholic and dark songs participating, including heavy metal, rock, and also songs that tackle social and political issues. For example, a study on Eurovision finalists found that songs in the 2018 & 19 finals were considerably "sadder" and darker in tone compared to a decade ago.

A bettor should always be aware of how the voting in the Eurovision song contest works in practice. Studies on the biases of neighbouring countries in the Eurovision voting among the juries for example show clear signs that traditions hold true.

Neighbouring love can clearly be found, as 12 points are usually given to a country which they share a border with, no matter how bad the tune.

The biggest correlations among voting between countries are with the following nations:

The favourites are often triumphant 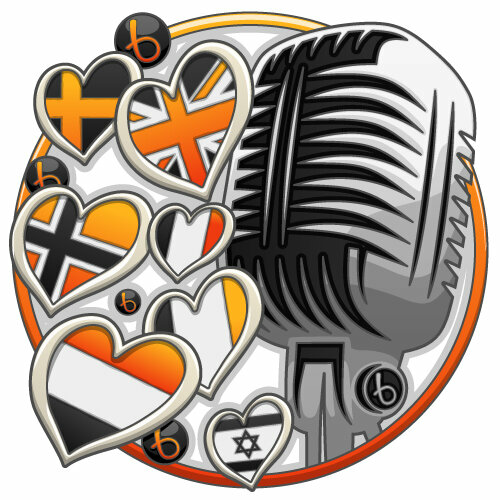 The pre-contest favourites are also often the countries that end up taking the top places in Eurovision. This and the influx of betting money in the industry means that the best songs can often be predicted a long time before any "fan money" comes in and mixes the betting markets up.

Big surprises in the Eurovision song contest are relatively rare, which can be explained by a couple of factors:

Firstly, all the songs that will be performed at the contest will be known and released months before the eventual final. This means that the songs will and can be heard basically anywhere around the world on tv, Youtube and on the radio for months.

Hit songs can amass millions of views along with heavy featuring in mainstream media. By taking a look at the amount of Youtube views, mentions on Twitter etc. you can get a good idea of who's going to do well. The population size of course affects this - a tiny island nation like Malta won't receive as many views as a song from a larger European country.

Secondly, votes in the Eurovision song contest are brutally just a popularity contest. There is no randomness at the end of things like in sports - the most popular song just wins. The closest thing to Eurovision betting is therefore perhaps betting on an election.

When betting on the Eurovision song contest it's therefore good to follow the masses and not go searching for surprise packages. This may be counter-intuitive compared to sports bets in general, but it's one of the keys to success.

Before Eurovision, you should also check out the Eurojury vote, where an average of 4 jury members from each participating country give out their votes. This simulates the official jury vote, but with only about 180 jury members.

The Eurojury is done by Eurovoix and the results will be published on Twitter. The goal is to simulate the results of the coming Eurovision. This has gone pretty well in previous years, as they have predicted the winners of the 2018 & 2019 contests correctly. However, you should also remember that this isn't an official vote that should be taken as set in stone.

When the Eurojury votes are released they do have a significant effect on Eurovision betting odds, and the best bookies move fast to correct their odds to be more accurate.

The oddsmakers have a tough time with the Eurovision song contest, as choosing odds is significantly more challenging than with normal sports. The voting method is the biggest factor in this, and there are many other challenges for the bookies as well.

This opens tasty avenues for finding valuable Eurovision odds in 2023 for bettors who know what they're doing, so check out the best Eurovision betting sites here.

Definitely! Betting on Eurovision is possible like on almost anything else nowadays, as long as it's done on legal, licensed sites. All Eurovision betting sites at Bojoko are 100% legal with tax-free winnings, so whoever you choose through us your money will be safe!

The Eurovision song contest in 2023 will be held in the United Kingdom. The schedule and host city are yet to be published.